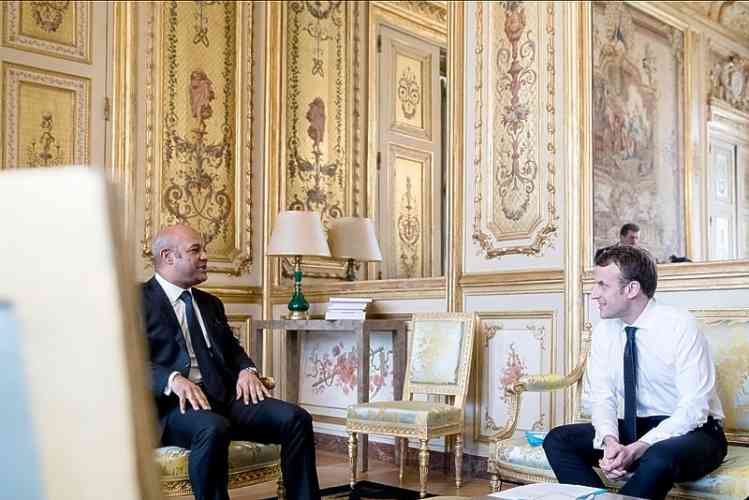 MARIGOT–President of the Collectivité Daniel Gibbs was received by President Emmanuel Macron at the Elysée Palace on Tuesday, January 30, for an update meeting in the presence of Minister of Overseas Territories Annick Girardin. During the meeting, Gibbs had remarked on the significant progress made for St. Martin.  “On the requests made following the President’s visit to St. Martin, he has kept to his commitments and I am satisfied with the meeting we had Tuesday morning,” the Collectivité quoted Gibbs as saying.

Among announcements made during the meeting, Macron promised to intervene with insurers to assure St. Martin policyholders are paid their hurricane insurance claims by March 1. Putting pressure on insurers to speed up the processing of claims is vital to the economic recovery and this was particularly good news.

The President also indicated St. Martin can benefit from 46 million euros from Fonds de Solidarité FSUE with a line of credit directly allocated to St. Martin.

He further disclosed an Inter-Ministerial delegation led by the Overseas Minister will visit St. Martin at the end of February or beginning of March. This delegation will be composed of several Ministers who will evaluate progress and reconfirm President Macron’s commitments to St. Martin.

“I am satisfied with the answers I was given, particularly on the multi-annual investment and catch-up plan RIPP that we are finalising and on which we expect a great deal in terms of State aid,” Gibbs added.

This plan will be presented at the next inter-departmental meeting on reconstruction on March 12, 2018.

“We came out of the emergency, but we must not waste any effort in rebuilding St. Martin after Irma,” Gibbs concluded after the working meeting.