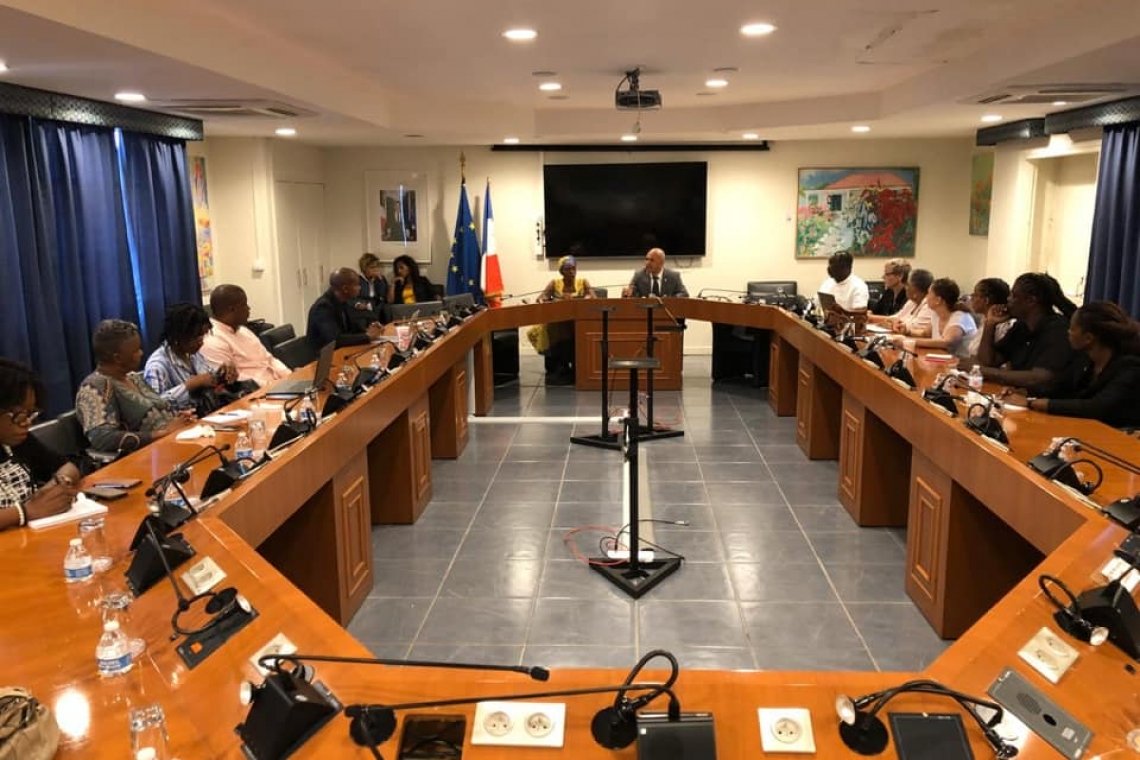 Opening of the conference in Hotel de la Collectivité.

The four-day event consisting of public meetings in each district marks a major step in implementing a social policy by mobilising the population and professionals around the common goal of taking stock of a situation through collective diagnosis, and then working on measures to correct or improve the issues.

“We’re talking about the well-being of inhabitants and our ability to grasp the social issues particular to St. Martin,” said Gibbs in his opening remarks. “We’re talking about making infrastructure and support mechanisms available to our citizens commensurate with the needs in the neighbourhoods.

“I am convinced that this conference will open up new perspectives in the territory of St. Martin for us institutions working in this field, but also for those who are waiting for lasting solutions to the difficulties they face.”

Gibbs, who said he personally had committed himself to this initiative following the protests in mid-December, pointed out that some aspects of social issues are the responsibility of the State and some of the Collectivité. The objective is to bring everyone around the table to hear the grievances and identify urgent needs to formulate the social policies. The population will be able to express itself at the meetings.

Social workers who work in the various institutions or in grassroots associations will be able to share their difficulties in exercising their profession in the face of the complexity of social realities and the increasingly high expectations of citizens.

“Here the difficulties are compounded by a lack of social and medico-social structures,” Gibbs added. “That is why this mandate is an integral part of the social construction of the territory. Medical-social facilities are in line with the right to care for the most vulnerable, in the field of disability, dependency, childhood, but also integration. On this point, we are making progress, and working with the regional health authority ARS on the final phase of the project to construct a medical-social centre in La Savane.”