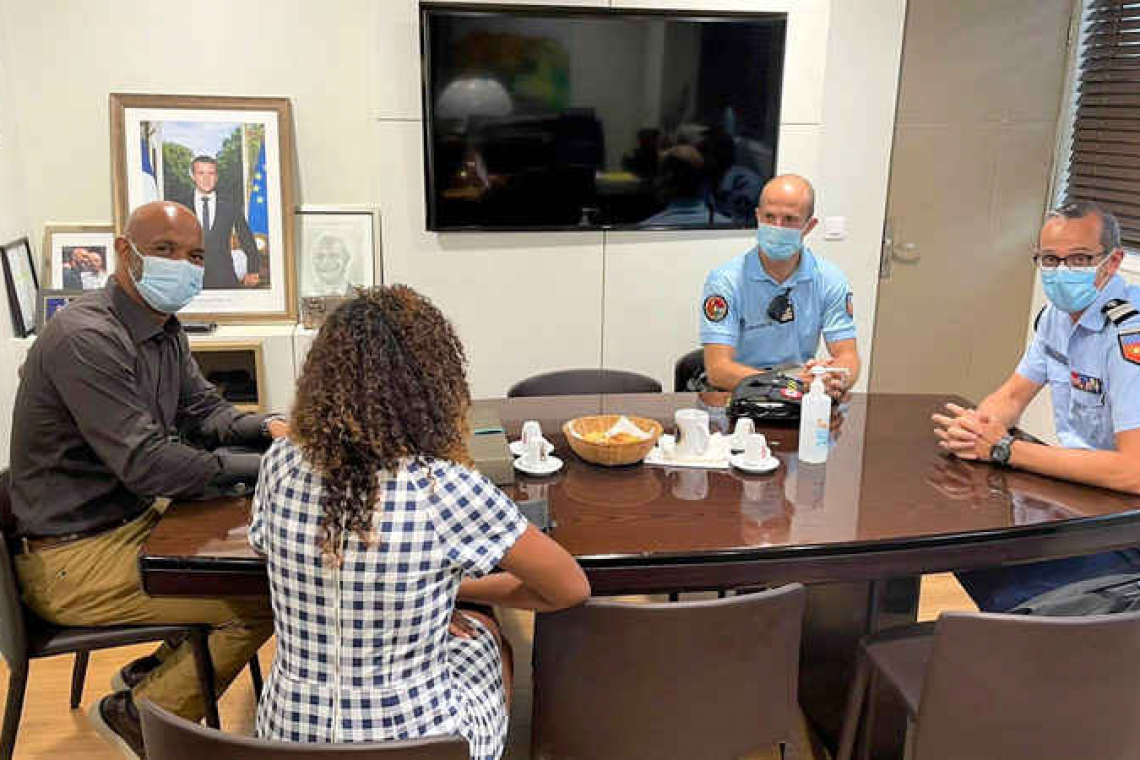 MARIGOT–President of the Collectivité of St. Martin Daniel Gibbs received a courtesy visit from Colonel Vincent Lamballe, newly-appointed head of the Gendarmerie in Guadeloupe and the northern islands (St. Martin and St. Barths), on Tuesday.

Lamballe, who succeeded General Thierry Renard, has 33 Gendarmerie barracks under his authority spread over the archipelago of Guadeloupe and the islands of St. Barths and St. Martin.

Lamballe was accompanied by Lt. Colonel Mintzer-Wehekind, Commandant of the Gendarmerie of St. Martin and St. Barths, during his visit to Gibbs.

The visit was an opportunity for Gibbs to welcome Lamballe to the French West Indies and to discuss the security of the territory and protection of the population.