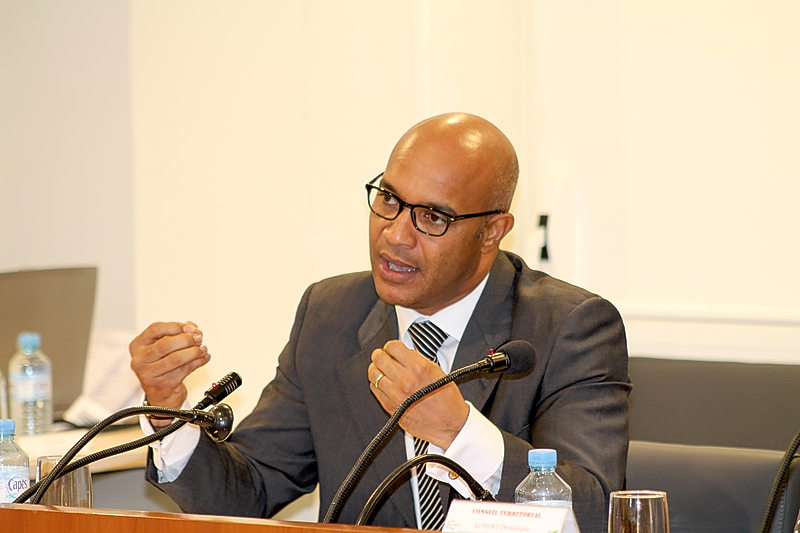 MARIGOT–Member of Parliament Daniel Gibbs in a press release has rebuked former President of the Collectivité Alain Richardson for suggesting all elected Councillors and Parliamentarians should resign immediately in the wake of the recent negative decision by the Constitutional Court over compensation for the transfer of competences (Dotation Globale Compensation (DGC)) in 2007.

The Collectivité argued the methods for calculating the amount of the DGC to manage the Collectivité was not in line with the French Constitution and invoked the Question Proritaire Constitutionalité (QPC).
The Constitutional Court in its ruling on July 1 said the calculations “conformed to the Constitution” adding that “it is not for the legislator to guarantee full compensation expenses resulting from transfer of competences between Collectivités.”
The Collectivité has the option of appealing to the Administrative Court in Paris but faces another uphill battle to claim the 100 million euros it claims is owed by the State.
Gibbs said he, like everyone else, was flabbergasted by the Constitutional Court decision but derided Richardson for adding fuel to the fire instead of putting it out.
“While I share your sense of injustice in light of the situation, I don’t share your anarchist methods, your extremist remarks, to call on the collective resignation of the Territorial Council and Parliamentarians to put pressure on the State.
“In doing so you create a social and political confusion. As urgent as this situation is, we need to remain calm and come up with a sensible strategy. I urge you to be more measured and responsible in your actions.
“That is why, as soon as the Constitutional Court’s decision was made public, I requested a special meeting with the Minister of Finance Michel Sapin and special advisors at the Elysee Palace to discuss this matter. I will officially invite Senator Guillaume Arnell and President Aline Hanson to accompany me. That Mr. Richardson, is acting responsibly.”