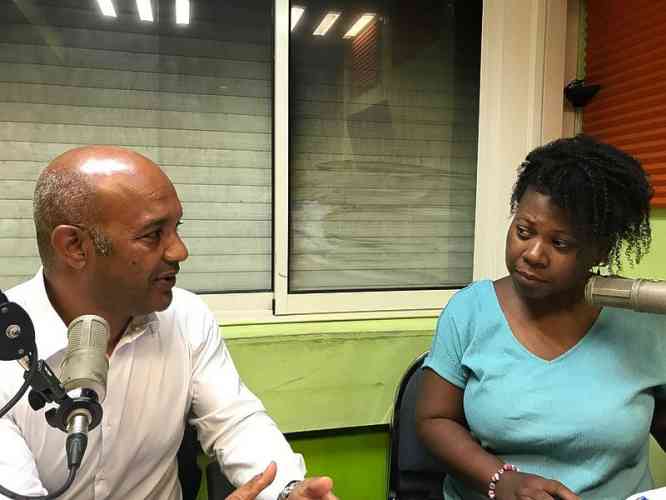 MARIGOT–President Daniel Gibbs has been on the radio stations to talk about the controversial Plan Prevention des Risques Naturels (PPRN) drawn up by the French State and to correct some of the population’s misconceptions.

He was interviewed first on Radio St. Martin and then on Youth Radio. He addressed a widely held notion that the PPRN was established in partnership with the Collectivité, but in fact the Collectivité can only give an advisory opinion.

As the state has competence for the environment, it alone can establish the PPRN. This has led to concern among the population that the PPRN is far too restrictive for St. Martin.

“I do regret the exceptionally short timetable imposed for the preparation of this PPRN,” Gibbs told his radio hosts. “I would remind you that the preparation of the PPRN was prescribed in March 2019 for final adoption expected in December 2019, after early implementation from the end of June.

“Application of the PPRN requires both state and the local government to provide concrete responses, on a case-by-case basis, to the people of St. Martin. Here again, the time constraints imposed by the many ongoing reconstruction projects and the reform of our administration has prevented us from carrying out this planning work.

“Concerning the involvement of the local government, it is our responsibility to respond to invitations from state services to working meetings. I intend to defend the interests of the people of St. Martin and to ensure that our vision of both social and economic development is taken into account as much as possible.

“What are the points on which we will defend ourselves? They include the future of dwellings located in high-risk areas. If, according to the state, the PPRN does not impose expropriation, we must ensure the future of certain residential areas.

“This document will inevitably have a long-term impact on development and reconstruction of hotel or economic infrastructure on the coast. To date, we have been able to obtain the creation of economic interest areas in Marigot and Grand Case, for example, thus guaranteeing the development of these districts and consequently the employment of St. Martiners.”