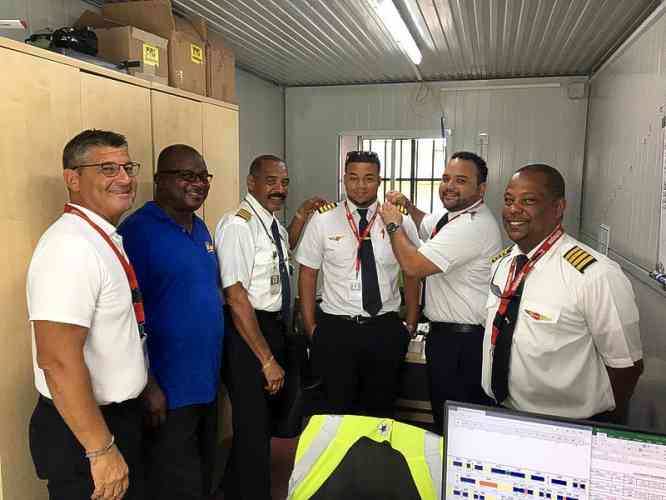 Gibs’ attaining the rank of captain brings the number of Winair captains to 15.

The 27-year-old St. Maarten-born captain was raised and educated on sister Dutch island Aruba. He returned “home” in 2014 to work for St. Maarten’s national airline Winair.

Determined not to stay a first officer, Gibs pursued the one-month intensive training to earn his captain’s bars. These were bestowed by Winair Chief Pilot Michael Awaai and training instructor Roger Hodge.

Winair Chief Executive Officer Michael Cleaver told The Daily Herald, “We are very proud of Captain Gibs. He has truly earned this promotion. This is definitely a milestone in any pilot’s career. Camille is now in command of an aircraft, which carries a huge responsibility. We look forward to his further progress at Winair.”