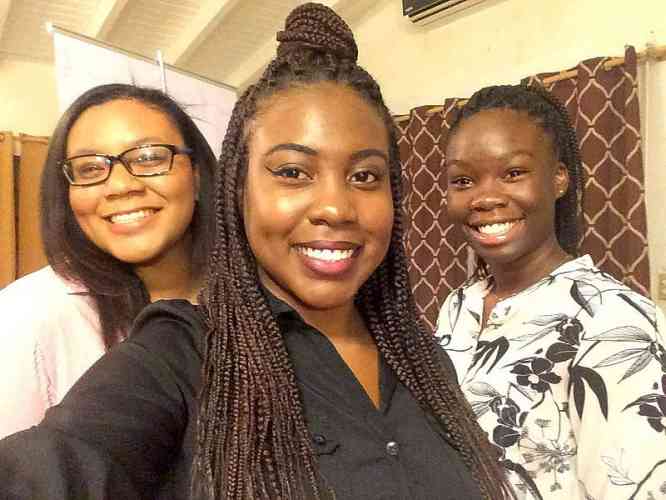 PHILIPSBURG–Social media are playing a pivotal role in the race for Parliament via candidates seeking to get their messages out and from groups packaging information aimed at a particular target audience. One such group is “Girls on the Move” formed by young and first-time voters.

The community group comprising students Geraldine “Gege” Benders, Denise Andrew and Jackisha Brooks has been making the rounds to political gatherings to capture one-to-one sessions with candidates and party officials. Those interviews are available for public viewing via

Benders said the catalyst for the group’s launch in January was concern for the country’s development in view of the major setbacks caused by Hurricane Irma.

The challenges facing the country and the changes the upcoming election can possibly make are foremost on the minds of the team and are translated into their interviews.

“Researching political parties and interviewing their candidates will allow us to select the best possible candidate/political party for the job based on the parties’ manifestos or platforms. This will also enable us to make a knowledgeable decision on February 26,” said Benders.

The public is urged to look at the group’s videos to help with the tough decision about whom to vote for. “In view of the six political parties, it is of paramount importance for the community to be duly informed on how a true difference can be made once the new government is elected,” Benders said.

The group would welcome the opportunity to meet with all political leaders in Parliament House “to make their wishes known to Government, because our vote has the power to enact great change.”