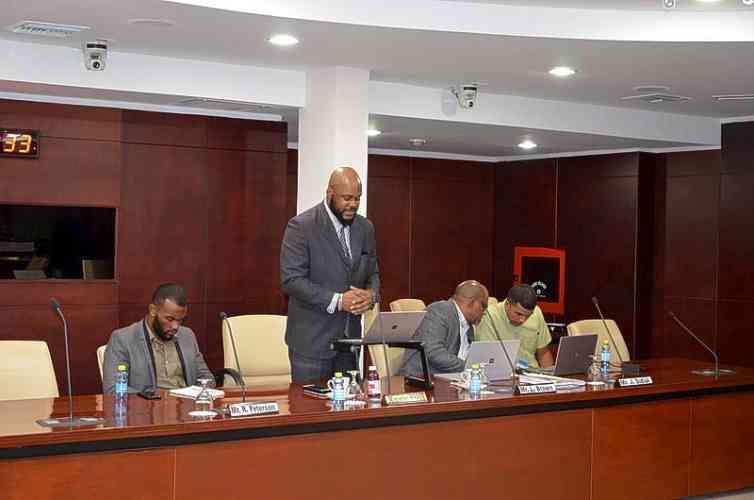 PHILIPSBURG–Minister of Public Housing, Spatial Planning, Environment and Infrastructure VROMI Miklos Giterson on Tuesday gave an insight into the challenges that exist as it relates long-lease procedures, long-lease canons, and understaffing at the Department of Domain Affairs.

Giterson told Members of Parliament (MPs) during the continuation of an urgent public plenary session that there are no written policies in place for the assignment of land to individuals. This discretion is left up to the VROMI Minister.

The only guidance that exists is the National Ordinance on Long Lease Issuance or “Long Lease Ordinance.” Other than this, the spatial development policies (i.e. Hillside Policy, Beach Policy, draft zoning plans) are used to define the land use designations and conditions that are stipulated in long-lease agreements.

He said the Department of Domain Affairs advises on requests for the issuance of long-lease land to individuals and other legal entities and the Minister of VROMI issues a ministerial decree, based on which long lease agreements are established. Because there are no long lease assignment policies, it is completely at the VROMI Minister’s discretion to decide to which persons or companies long-lease land will be issued.

The prospective lease holder is generally responsible for the cost associated with the measurement of the land and the legal establishment of the long-lease agreement in the Public Registry at the Cadaster. This is done by a notarial deed, and generally needs to be completed within a period of six months after the decree is issued.

There are currently about 3,000 long-lease cases.

As it relates to long-lease tariffs or canons, Giterson said these are set as compensation that the leaseholder pays to government for the lease of the parcels. The Long Lease Ordinance stipulates that the canon is based on eight per cent of the land value established by the Minister, to be paid to government on a yearly basis.

This provision implies that there is a certain discretion on the part of the Minister with respect to the setting of the value of the land. While there is no written policy on this, to work with some guidance and consistency, about 20 years ago a matrix was developed that gives guidance on the amount of the canons that is specified in lease agreements.

The matrix distinguishes the values of the property by location and by the functions or the land use purpose.

Long-lease agreements generally stipulate the possibility for periodic change of the long lease canon. In the current practice, the canon is set for a period of minimum five years, after which it can be amended by government if the need for this arises. However, the department has no recollection of any cases where it was decided to independently amend the long-lease canon in lease agreements.

The long-lease ordinance stipulates that in the event of the change of purpose and the subdivision of a lease parcel, the conditions of the lease, including the canon, can be changed. In the case of a renewal, this entails a new issuance of the land in long lease, where a new canon can also be imposed. The new canons used are then imposed based a matrix provided.

“From a policy perspective, now about 20 years after the development of the matrix, it is time that the land values be updated and (new) policy is established pertaining to the manner in which long-lease canons can be periodically amended in existing long-lease agreements,” Giterson said.

“In that respect, it is also time to modernize the Long Lease Ordinance, to enable the application of more actual land values, the formula for the calculation of the canons and procedures related to the establishment and amendment of long-lease canons.”

According to Giterson, the Department of Domain Affairs has been understaffed and under resourced for most of its existence, although domain land is responsible for almost NAf. 6 million in revenues for government annually and has the potential for easily doubling these annual revenues without placing an undue burden on leaseholders.

“With the very limited resources, the Department mainly focusses on the handling of cases and has not been able to work on long-lease policy. Therefore, Domain Affairs is actually devoid of formal policy on long lease land.

“With the current staffing and resources, the department is only able to work on incidental cases, whereas the workload of the department greatly exceeds its ability to respond. The department needs additional staffing in order to just adequately respond to the incoming workload, meaning working very reactively, while it does not have the ability to work proactively in the setting of policies.”

He said the current number of long-lease cases is approximately 3,000, so the department only requests information in the event that a particular transaction is requested by a leaseholder, and otherwise assumes that the situation is under control by the Receiver. “However, this often proves not to be the case.”

He said the main common denominator that has obstructed the improvement initiatives thus far has been shortage of funds from government to invest in the improvement of the functioning of the Department of Domain Affairs.

He said investments are need in the resources of the department, most notably in the basic information technology tools needed to carry out the work of the department more efficiently, also in the interest of expeditious responses to requests of citizens.

“Investments are needed to modernise the legislation, the policies and the work procedures related to the work of the department, especially also including the procedures surrounding the management of the collection of the yearly long-lease canons. Furthermore, effective policy in the area of long-lease canons can more than double the annual projected revenues from long lease in a manner that places very little burden on the leaseholders.”

Government is not a large landowner. There is much more land in private ownership on St. Maarten than is held as public land, Giterson said. Areas that have been held relatively long in ownership by government and have been used to issue in long lease to citizens are mainly in Pointe Blanche, St. Peters, Reward, Saunders, Fort Willem, Beacon Hill, Simpson Bay and Lowlands (Maho area).

In addition, many areas that were held in ownership by government and have been used to develop and issue in long lease to citizens are parts of ponds and lagoons that have been filled, such as Simpson Bay Lagoon (including Flamingo Pond), Great Salt Pond, Phoebe Pond, Fresh Pond and Cole Bay Pond.

Government is also owner of the internal waters and has issued various water parcels in long lease, such as in Great Bay, Little Bay, Simpson Bay Lagoon and Oyster Pond.

In very recent times Government acquired ownership of the so-called “Over the Bank” property, through a claim based on a civil code procedure of unmanaged estate, in the case when an estate lacks ownership. In such cases the Civil Code stipulates that such properties become owned by the country. There are still ongoing legal procedures and claims pertaining to this tract of land.

There may be several more scattered smaller parcels of land that government holds in ownership that were acquired through different legacy means.

International students may need to leave US if their universities transition...

Government working on repatriation flight for students and residents abroad. |...

July 8, 2020
0
PHILIPSBURG--A woman was stabbed in the vicinity of Beach Plaza Casino in Philipsburg around 12:00am Tuesday after she chased down a man J.R. who had stolen her mobile phone. Police arrested R. shortly after the incident.The police dispatch centre...
Read more 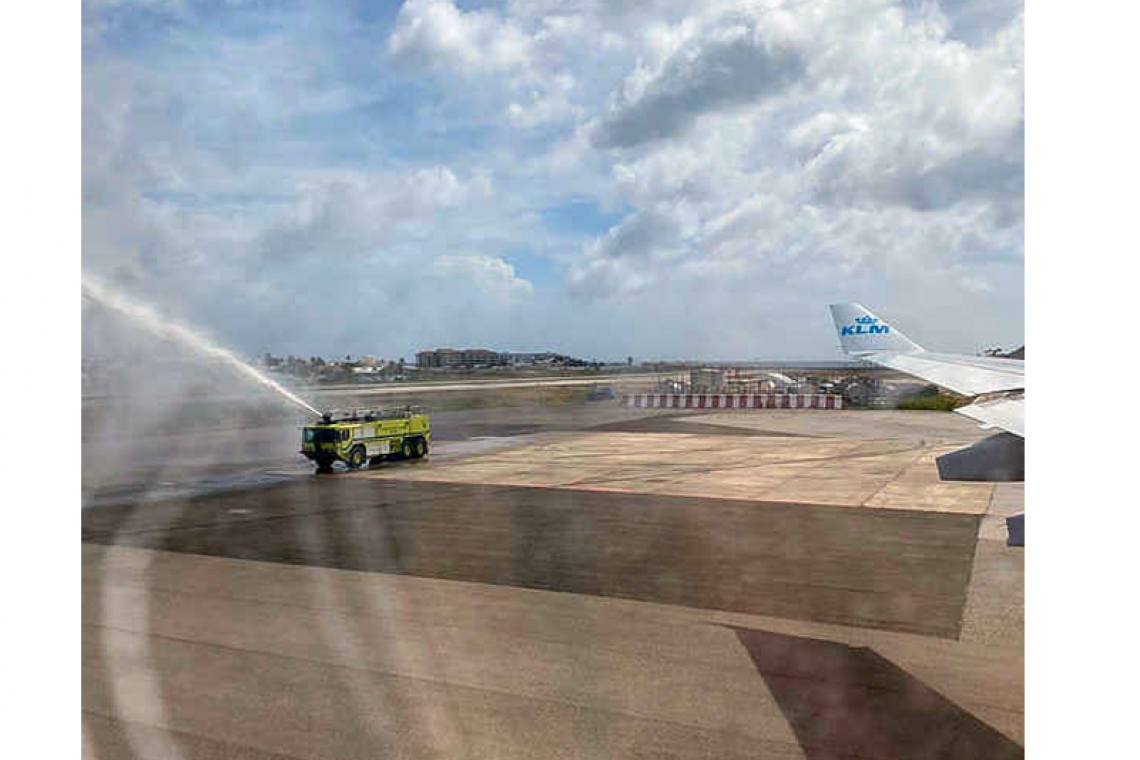 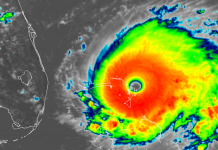