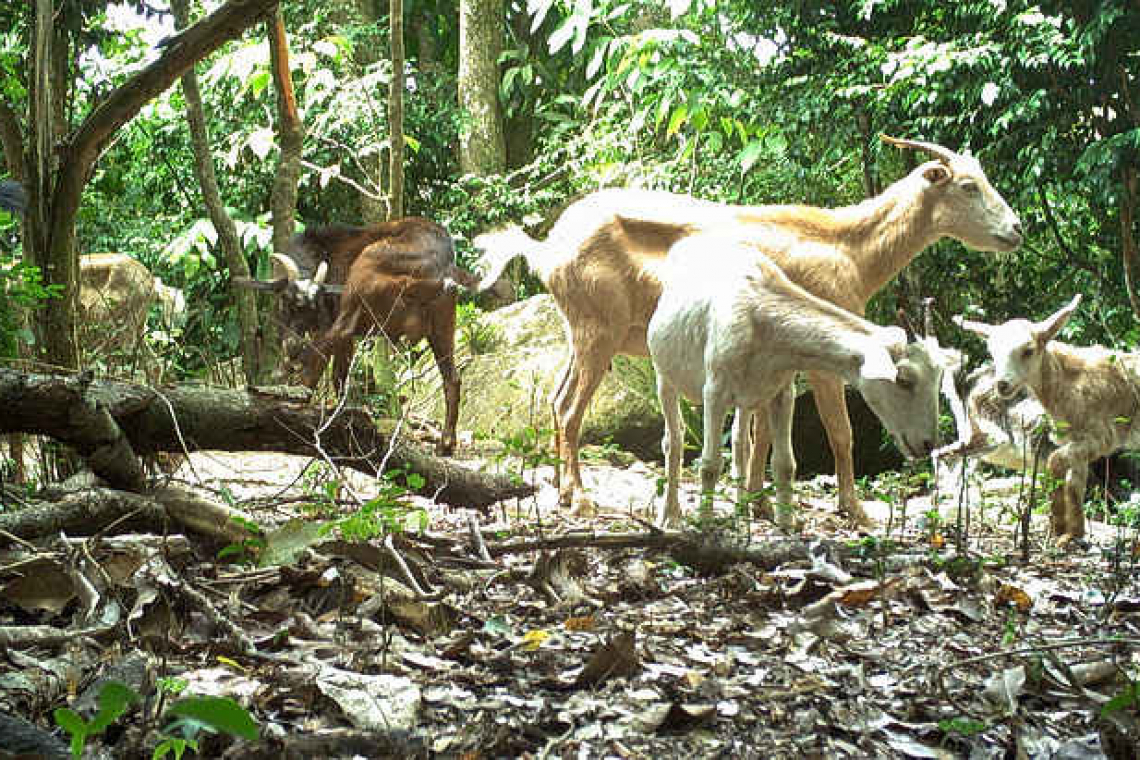 SABA–The Public Entity Saba’s goat control project is awaiting the arrival of the rifles and ammunition that will be used for the removal of free-roaming goats.

The arrival of the rifles has taken much more time than originally planned or expected, due mainly to logistical issues and limited cargo space caused by the COVID-19 pandemic.

Initially, the rifles were to be sourced from the United States (US). However, because of the supply issues resulting from the pandemic and the social climate, acquiring the rifles and ammunition from the US was not possible at the time.

Sourcing the rifles and ammunition from the Netherlands was also not an option, as Royal Dutch Airlines KLM and Air France would not transport them. The third option, the United Kingdom (UK), proved possible, but the rifles would have to be transported to Saba via the US and St. Maarten. For this, transit permits would be required to allow the transfer of the equipment through these two countries. The transit permits necessary for the US were recently secured. The project is now working with the St. Maarten Ministry of Justice to get the final transit permit.

Once all permits are in place, the supplier in the UK can send the equipment, which requires a seamless transportation from the UK, via the US and St. Maarten to Saba for security reasons. Firearms are classified as restricted items and therefore have completely different requirements for transportation than average go.

The project is working with all relevant stakeholders to get the rifles and ammunition to the island as soon as possible, considering the challenges and steps involved.

The delay in the arrival of the rifles and ammunition has allowed for the invasive species specialists to carry out the necessary preparations for the start of shooting. In this time, they have extensively mapped the entire island. They have surveyed the areas frequented by goats, studied the animals’ behaviour, prepared tactics and created zones to enable efficient and safe shooting.

After the rifles arrive, the specialists can then work more efficiently with this preparation. In removing invasive species, such as goats, speed is important because goats reproduce faster in the wild with females getting continuously pregnant from the highly competitive males. Favourable conditions, such as more rain and availability of food, allow for female goats to birth multiple kids at a time.

Once the rifles and ammunition arrive on island, the specialists will start shooting in Mt. Scenery National Park. The national park has a high environmental and natural value and a protected status.

The goat control project is part of the more comprehensive Caribbean Netherlands Nature and Environment Policy Plan 2020-2030, which aims to protect the coral reefs by curbing erosion and other measures. As part of this plan, areas with the highest ecological significance have priority for protection. This includes the national parks within the Caribbean Netherlands. Once finished in the national park, the specialists will start removing goats from the waste management facility area and Fort Bay road.

Considering the urgency for some private property owners to get rid of the wild goats that are destroying gardens and agricultural plots, it will be possible to invite the specialists to come in to remove these goats once the rifles and ammunition arrive.

Removal from private properties will help alleviate some of the pressure on residents. The local coordinator, Justin Simmons-de Jong, can be contacted to arrange this. Properties will need to be individually assessed to secure a safe way of removing the goats. The public will be notified when this form of assistance becomes available.

Currently, there is a grace period in effect until April 30, and goat owners can request for an additional term of a maximum of three months in one-month increments. The grace period allows the goat owners extra time to remove as many of their animals as possible from areas that are more easily accessible, such as those in and around townships and other residential areas.  A few goat owners have been very active in removing and selling their goats.