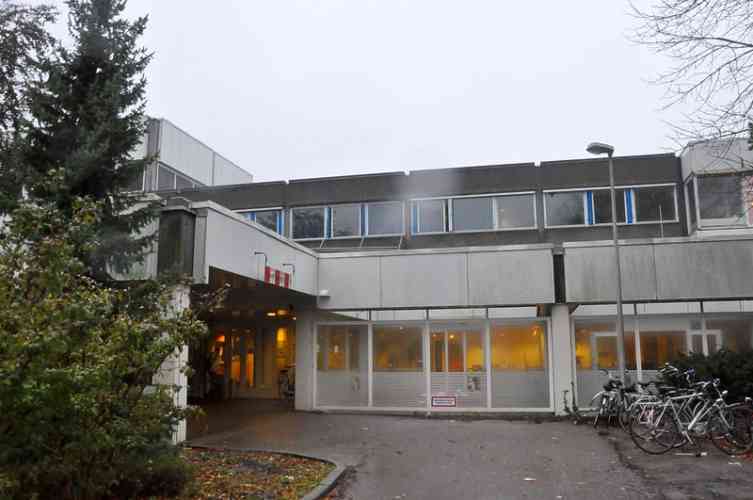 The temporary shelter, a former nursing home and clinic in Haarlem, where a group of evacuated St. Maarteners have been living since after Hurricane Irma. (File photo)

HAARLEM–The initial good news on Thursday for the group of St. Maarteners who have been staying in a temporary shelter in Haarlem since their evacuation to the Netherlands following Hurricane Irma didn’t turn out to be so good after all one day later.

While the first five of the group were allowed to register at the Municipality Haarlem on Thursday after almost two months of refusal, the disappointment came the day after when one of the two adults of the group went to the social services department UWV to apply for social welfare.

The person in question, who is a mother, was told at the UWV that something was not right and that she was not registered. The official word was: the entering into the civil registry should never have happened. The proof of registration, the document that the mother had brought, essentially proved worthless. Consequently, the UWV did not even want to accept the mother’s application.

Attorney-at-law Leandro Thomas, who represents the group of close to twenty St. Maarteners in Haarlem, said on Friday that he would contact the Municipality Haarlem and the local UWV office on Monday to find out exactly what was the problem. If no satisfactory answer is forthcoming, Thomas announced that the matter would be taken to court.

Initially, the lawyer expressed great satisfaction with Thursday’s developments and told this newspaper on that day that a small victory had been achieved. “The two adults and their three children who were allowed to register served as a test case. It is an important step because it opens the door for the others to be registered,” Thomas told The Daily Herald on Thursday.

The following day that excitement was squashed. “We are taking baby steps with this case, but we keep being thwarted. Walls keep being thrown up,” Thomas said on Friday. He explained that the Municipality Haarlem had refused to take the request for registration into handling since September 28. A few weeks ago, Thomas did manage to convince the Municipality to accept the request for registration. However, no decision was taken on the request.

Thomas had already started the procedure to take the Municipality Haarlem to court for refusing to take a decision in the case of the St. Maarten group when they were informed last week Thursday that five of them were allowed to register. When it became clear on Friday that another obstacle had been thrown up, the group decided to continue the legal procedure, if no definite solution is found early this week.

The group of St. Maarteners in Haarlem unfortunately is an isolated case: in Leiden too evacuees from the island were also confronted with a Municipality that refused to register them. In most other cities, like Amsterdam, Rotterdam, The Hague, Groningen, Almere and Tilburg, St. Maarteners didn’t encounter problems to register.

The Municipalities that did not allow the St. Maarteners to write in contended that they were waiting for a national guideline, to be drafted by the Ministry of Home Affairs and Kingdom Relations BZK and the Association of Dutch Municipalities VNG, on how to deal with St. Maarteners who chose to come to the Netherlands after Hurricane Irma.

A spokesperson of the Municipality Haarlem explained that the idea was to organise individual consultations with the St. Maarteners to discuss their future perspective and to hear what it was exactly that the persons in question needed. The municipalities focus on a return of this group to St. Maarten based on the argument that their own country is better able to help them.

According to lawyer Thomas, these individual talks have not been taking place, despite promises by the BZK Ministry and the municipalities that this would be done. “These talks are needed to determine the needs of these persons. Some might need psychological help. These are traumatised people and they have special needs.”

Thomas criticised the careless attitude of the Municipality Haarlem, the VNG and the Ministry of BZK in this matter. “Aside from the fact that these are people with the Dutch nationality and residents of the Kingdom, these persons are suffering. They have already suffered enough with this hurricane where they lost everything. This is a vulnerable group and a government should not treat them in this manner. I never thought it possible that the Dutch Government would treat its own Kingdom citizens so bad.”