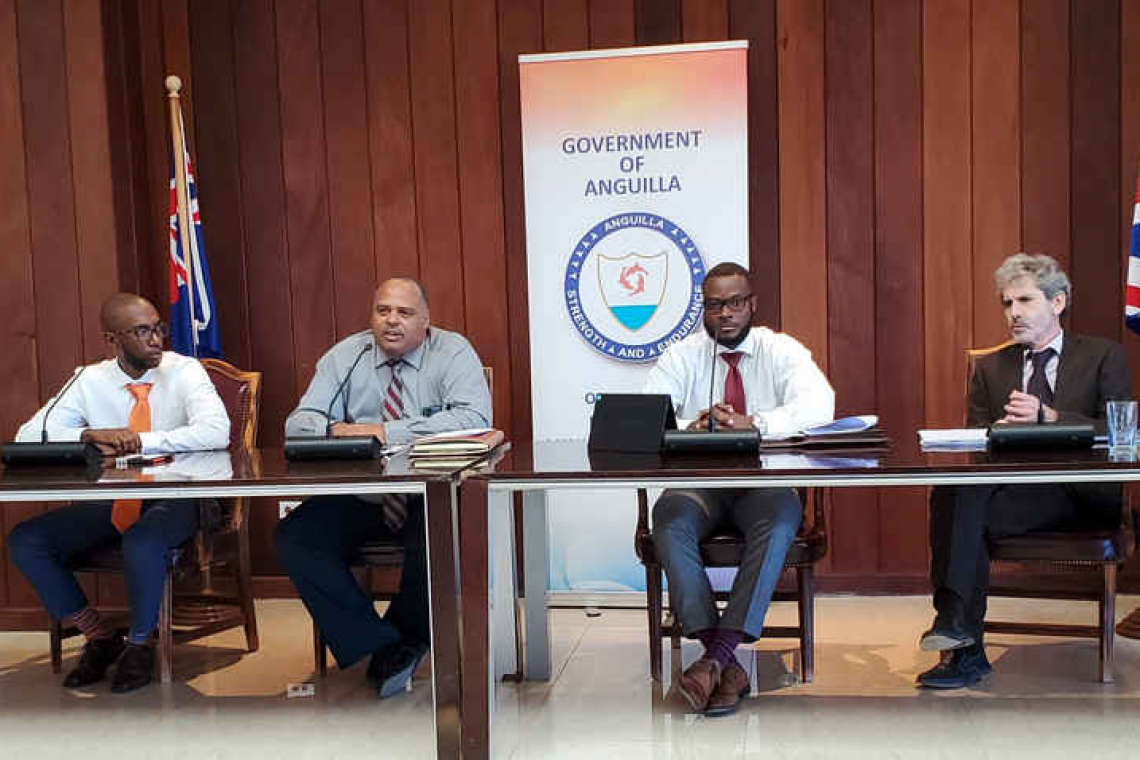 ANGUILLA–Premier Ellis Lorenzo Webster introduced persons working on the Goods and Service Tax (GST) to the media at the weekly press conference on Monday, February 22. He said part of the agreement signed with the UK government on June 11, 2020, was to introduce the tax. It was signed by the previous government just prior to elections. The tax will become law on January 1, 2022, and in the meantime many public consultations will be held to explain it. Tax adviser Peter Harris from the UK is in Anguilla working with the Inland Revenue Department that is also working with the International Monetary Fund (IMF).

Lonnie Hobson, Comptroller of Inland Revenue, said that GST is a tried and proven tax that operates in more than 160 countries. He said it is a broad-based tax that will be a catalyst for restructuring the entire tax system in Anguilla. Some taxes are to be repealed, including the accommodation tax, the public entertainment tax, the environmental levy, the communications levy and the interim goods tax. These will be covered in the new GST. A threshold is to be decided for Anguilla and when that is determined businesses will register. Registration will start in November 2021. The businesses registered will need to keep a record of sales and purchases, invoices, receipts and bank statements, which is a legal requirement. There is draft legislation that has to be finalised before the implementation of the GST.