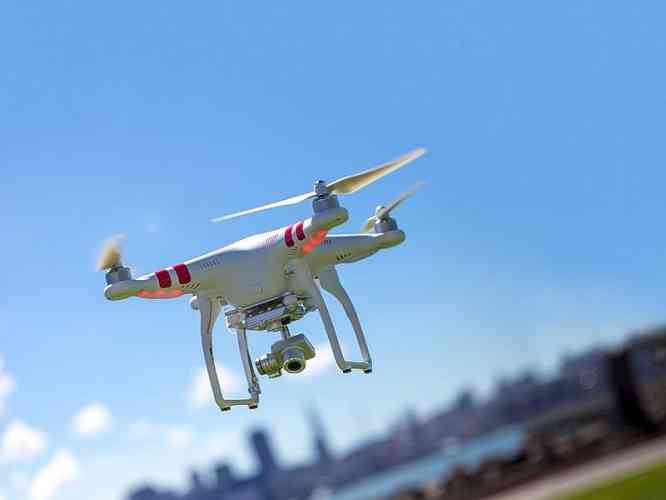 One of the many drones used by the public in St. Maarten. (File photo)

PHILIPSBURG–Minister responsible for Aviation Affairs Stuart Johnson announced during the weekly Council of Ministers press briefing that government has been taking note of frequent discussions concerning the use of drones – whether they are safe and how far they are allowed to infringe on individuals’ right to privacy in their homes.

Johnson said, as the minister responsible for aviation, that it is a significant safety concern, as the careless and improper use of these drones can cause severe damage.

“It is against this backdrop that the Cabinet of [the Ministry of Tourism, Economic Affairs, Transport and Telecommunication – Ed.] TEATT in consultation with the Department of Civil Aviation, Shipping and Maritime has identified some key areas that will now be considered no-fly zones by ministerial decree for drones and other remotely-operated aircraft.

“The restricted areas are as follows: three kilometres from Princess Juliana International Airport, 500 metres from the Harbour, and 100 meters from the Pointe Blanche house of detention.

“As indicated, the zone for the airport is the largest, as it is necessary to protect civil aviation. The three kilometres encompass Maho Beach, Simpson Bay, Mullet Bay and Kim Sha Beach. Therefore, no drone activities will be permitted on these beaches.

“Exemptions and authorisations will only be possible for specific activities such as inspections, search and rescue operations, patrolling and/or specified commercial activities. The request for the exemptions must go through the Department of Civil Aviation on Cannegieter Street. These restrictions will be strictly enforced,” said Johnson on Wednesday.

The Department of Civil Aviation is also finalising a full policy to address the use of drones and other remotely-piloted aircraft systems.

“We are considering all the pros and cons as it relates to the operation of these remotely-piloted aircraft. I ask that those using drones take all necessary precautions to avoid flying the drones indoors or areas where there is a crowd or between houses, as doing this creates a significant safety risk for the pilot, the inhabitants and their property. It is advised that you have someone with you while using the drones as a spotter who can help you navigate safely,” added Johnson.

He also announced that after consultation with the Department of Civil Aviation, Shipping and Maritime, he had signed an agreement approving a three-year extension of the cooperation protocol on the support from the Netherlands to St. Maarten in the area of aeromedical services.

This agreement outlines in detail the cooperation between the TEATT Ministry in St. Maarten and the Netherlands ILT (Inspection Living surroundings and Transport) Inspectors as it relates to the audit of the flight medical doctors or aeromedical examiners of St. Maarten.

“These ILT inspectors will perform inspections on the flight medical doctors of St. Maarten. This is necessary for the doctors to be appointed AME aeromedical examiners. Basically, we have a responsibility to ensure that these doctors meet all the international safety requirements necessary.

“The agreement was first entered into in 2013 for five years and expired on July 26, 2018. It is important to note that this agreement comes with no financial cost to Country St. Maarten and the tasks performed by the ILT inspectors will be managed by the head of the Department of Civil Aviation, Louis Halley,” concluded Johnson.