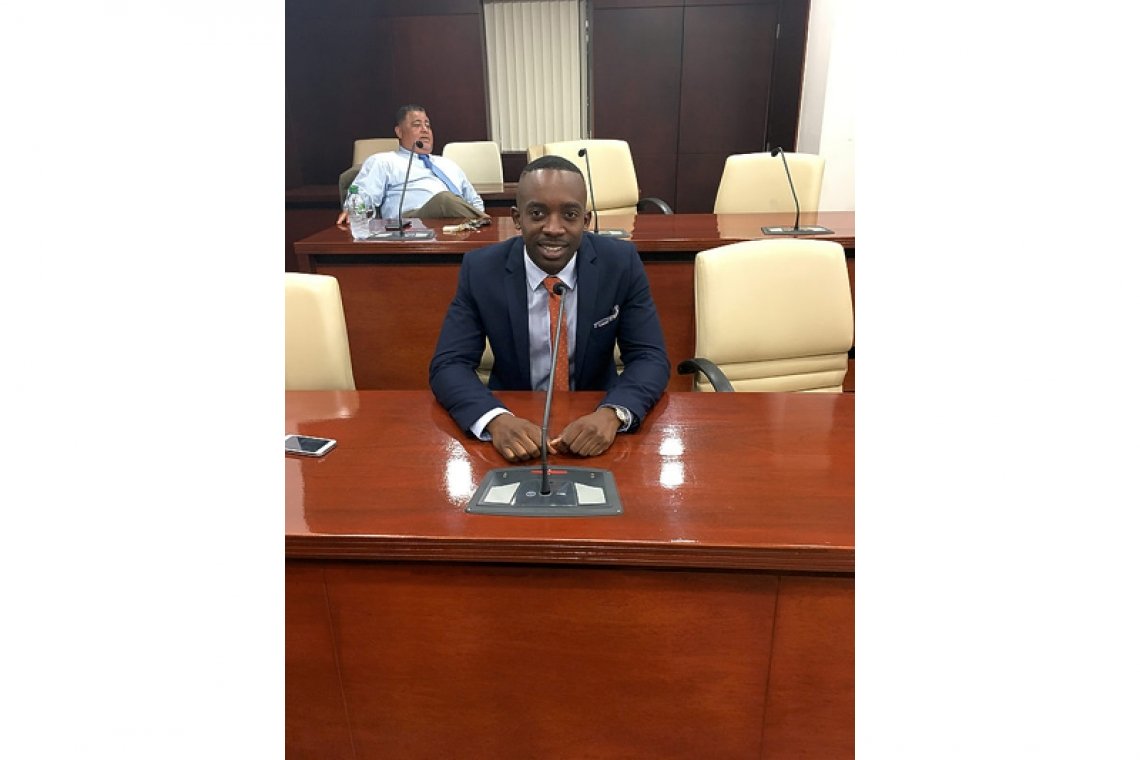 PHILIPSBURG–Based on current forecasts, the money that government has at its disposal will last until the end of October. This is what Finance Minister Ardwell Irion told Members of Parliament (MPs) on Friday.

Irion’s statement came during a parliament meeting on the St. Maarten Stimulus and Relief Plan (SSRP) and liquidity support from the Netherlands. Friday’s meeting was a continuation of the meeting held two days prior.

About two weeks ago, Irion told reporters that government had about NAf. 71 million in liquidity as of the end of July.

Last Wednesday, when MPs asked him how long this money would last, he did not answer directly. However, on Friday, he disclosed that government predicted it to hold out for another two months.

Government’s income is about half its normal levels, said Irion on Wednesday. While government usually receives about NAf. 40 million per month, it is now forced to manage with just under NAf. 20 million.

The Dutch government has refused to enter negotiations with St. Maarten about the third tranche of liquidity support until the country completes the conditions for the second tranche.

The third tranche places another NAf. 62 million on the table which, based on current revenue shortfall, would tide government finances for another three months. The third tranche is also contingent on St. Maarten accepting the proposed Caribbean Reform Entity, which has been rejected by both government and Parliament in its current form.

According to Irion, government accounting bureau SOAB is evaluating five government-owned companies to determine how much money can be raised by selling shares. Both Irion and Prime Minister Silveria Jacobs have told MPs that government’s alternative financial plan is to sell shares and/or to get a bond from the Central Bank of Curaçao and St. Maarten (CBCS).

SOAB’s evaluation will be completed in three or four weeks, Irion said. Government’s economic recovery plan should also be finalised in two to three weeks, after stakeholder consultations were held in August.

St. Maarten has about 21 per cent of CBCS’ shares, said Irion. Based on the bank’s 2018 financial statements, this means the country owns NAf. 188 million of the bank’s equity (out of approximately NAf. 897 million), NAf. 964 million of its gold reserves, and almost NAf. 2.37 billion in its foreign receivables and investments.

Although he did not list the bank’s liabilities in a similar way, Irion warned MPs that the country has a 21 per cent stake in that as well.

Regarding the SSRP’s business payroll support programme, Irion said the number of applicants has been lower than he expected. He said this could due to some employers not being current on paying taxes and SZV premiums, which could have scared some potential applicants off.

The payroll support programme is not monitoring whether employees of businesses receiving support are being laid off, said Irion. He encourages persons to file a complaint with government’s Department of Labour Affairs if they suspect foul play from their employer.