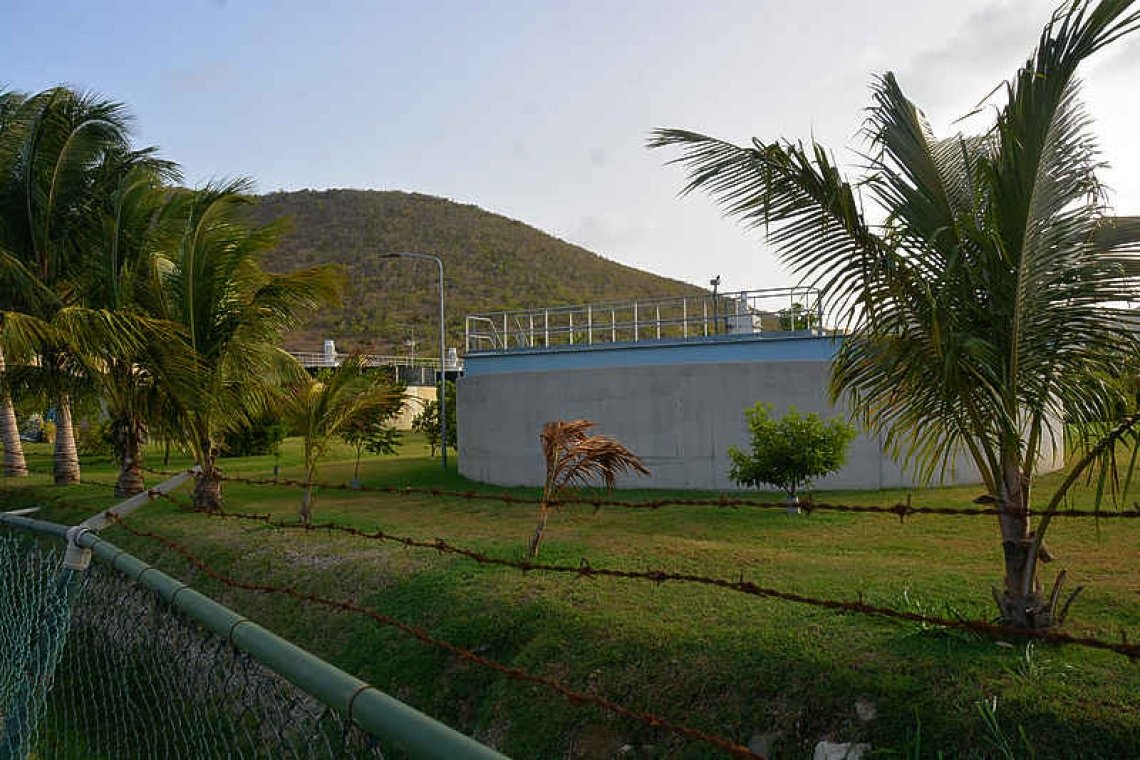 Transferring the sewage treatment plant on A.Th. Illidge Road (seen in photo) to GEBE was one of the reform proposals government listed in a document submitted to the Dutch government in mid-June.

In mid-May, the Dutch government tasked the Dutch Caribbean countries to submit structural reform proposals as a part of the condition for continued liquidity support to the islands. It is unclear how these suggestions were incorporated into the proposed Caribbean Reform Entity.

St. Maarten’s proposal contained few novel ideas and incorporated many projects from the St. Maarten Trust Fund. “St. Maarten has established short- and long-term plans that are still ‘actual’. As such this report is mainly compiled of existing plans and ongoing efforts,” said the report.

Most of the proposals were listed in bullet-point form and had no explanation as to the reform’s goal, its expected outcome or the form it would take. However, government said in the document that it should be considered a “rough draft.”

“This document must be considered a rough draft and will undoubtedly be streamlined and reorganised in order of priority and capacity. This document includes items that the island needs, not necessarily items it can or will execute now. This document undoubtedly does not include all the necessary projects and programmes and therefore it must be emphasised that due to the time pressure under which it is required to be completed, it is and must be considered a rough draft,” said government.

Under public financial management, government proposed to refinance its loans, open United States (US) dollar and Euro currency accounts at the Central Bank of St. Maarten and Curaçao, establish a development bank, and move towards E-governance.

Under economy, government proposed to establish and operationalise a Tourism Authority. It also wants to update its tourism master plan and develop a new tourism stream. Agronomy and the development of a cannabis and hemp industry was touted under agriculture.

Government proposed to establish an investment agency and a Central Bureau of Statistics, as well as policies on car rentals, boat anchorage, marine traffic, and maintenance of Simpson Bay Lagoon. It also listed restructuring and simplifying taxes, establishing a yacht registry and an aviation registry, developing US pre-clearance at the airport, widening the Simpson Bay bridge, and re-evaluating the structures of the Maritime Department and Aviation Department.

Government proposed to update its labour laws and policies, establish quotas for businesses hiring immigrant workers and fines for quota violations. Also listed was simplifying and accelerating the application and processing of temporary labour permits, as well establishing a “seamless processing of labour and residence permits.”

Under health, a universal healthcare system was proposed as well as establishing a medical referral policy and an increase to the Social and Health Insurances SZV wage limit.

Government proposed to establish a Solid Waste Authority to collect a solid waste collection and treatment fee. It also suggested introducing a fee at the landfill and increase the cost of burials as “the current fee does not cover the actual cost of burials and the construction of vaults.”

Government said it will have to look for a location for a new cemetery as the country’s cemeteries are almost at full capacity. It may also have to “adjust the policy to only allow cremations.”

Government proposed to enforce long-lease payments and transfer the sewage treatment plant on A.Th. Illidge Road under the auspices of utility company GEBE.

Under justice, government said it wanted to improve the “prison structure” and improve rehabilitation and youth detention programmes. It also proposed to repatriate non-national prisoners and undocumented immigrants.

Government wanted to attract tertiary education institutions to establish themselves in St. Maarten and establish afternoon schools in every district.