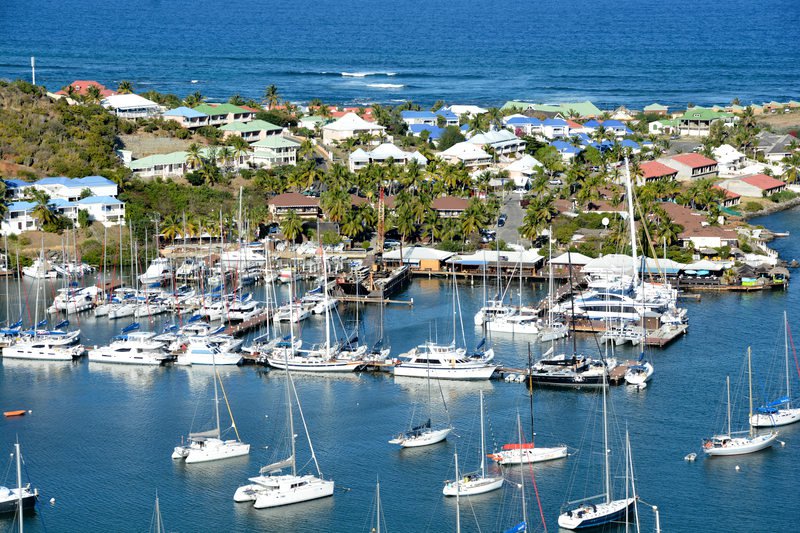 OYSTER POND–Prime Minister William Marlin, in his capacity as Minister of General Affairs, recently notified Captain Oliver’s Restaurant and Marina owner Maggi Shurtleff that major changes to the materials for construction of the existing docks will not be allowed while the status quo is in place between the two sides of the island pending a decision made by France and the Netherlands on the exact demarcation of the border at Oyster Pond.

Marlin’s letter followed the October 2016 intervention by the Gendarmerie when construction work at the marina was halted.

The Ministry of Public Housing, Spatial Planning, Environment and Infrastructure VROMI received an application from Cactus Tree N.V. (Captain Oliver’s Restaurant and Marina) for a building permit on December 6, 2016, to renovate sections of the existing marina “from wood into reinforced concrete pier decks” and a subsequent application on January 10, 2017, for “a change of purpose” to allow construction of concrete in addition to wooden docks.

“Until such time that these discussions have resulted in an agreement about the border, it is agreed that both parties will respect the status quo with respect to the northern section of the lagoon,” Marlin wrote to Shurtleff in a letter dated February 17, 2017.

“It is agreed there will be no further expansions of any developments in the northern section of the lagoon that may cause a change to the character of the status quo. An example of this change of character is the intention of Captain Oliver’s to change the materials of construction of the existing docks to include concrete. As such it has been decided not to allow any such major changes.

“Note also that the Government of St. Maarten is in further discussion with French authorities to request that all judicial procedures started against the representatives of Captain Oliver’s Restaurant and Marina will be annulled, in respect of the status quo. Within this context it is expected that any and all concerns that the French authorities have with the operations of the business will be channelled through the Government of St. Maarten.”

In a follow-up letter to Shurtleff on February 27, Ministry VROMI stated, “The request for a change of purpose of the provision in the long-lease agreement, to allow concrete in addition to wooden docks, is denied.

“The reason for the denial of the request is because the issuance of the parcels in long lease was done on the explicit premise that the materials to be used for the construction would be more of a temporary nature, namely wooden docks. At this time the Government of St. Maarten does not find it opportune to allow the change of purpose to a more durable material as concrete for the construction of the decks of the docks.

Speaking at the Council of Ministers press briefing at the time, Marlin said a “letter on the way forward” in the case of Captain Oliver’s Marina and Restaurant and the impasse created due to work on the property bordering the pond was being drafted by Ministry VROMI together with the French side’s corresponding agency.

The owners of Captain Oliver’s will receive a letter later this week “explaining the way forward so business can continue,” Marlin said.