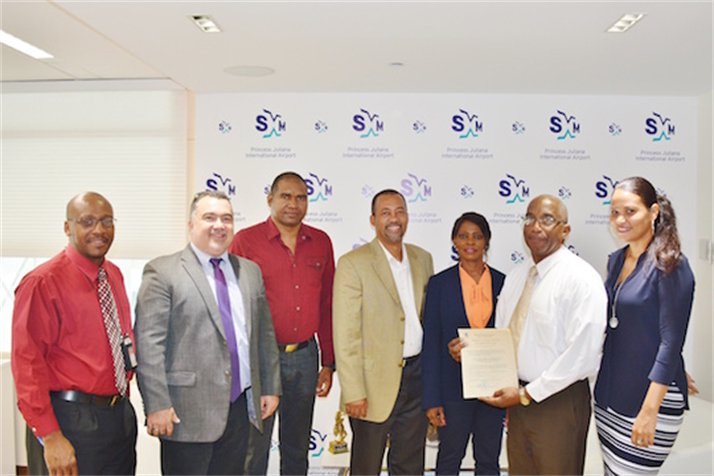 The two-year term of two previous board members elapsed at the end of May. The two members left on the board are LudwigOuenniche and Michel Hodge. The board must have a minimum of three members and seven at the most to function.

The Council of Ministers forwarded the names of the proposed board members to the Corporate Governance Council (CGC) for advice on May 16 and The Daily Herald understands the CGC informed the Ministers that the persons are qualified for the position, but had two issues of concern, one relating to Dijkhoffz and Van Zadelhoff.

The CGC pointed out that the Council of Ministers had not gone by the book and started a selection process to select candidates, while according to the company statutes appointment of supervisory directors is done on recommendation of at least four members of the Supervisory Board. This recommendation should be made within two months after the vacancy has come into existence. Only if the Board fails to do so will the appointment be done by General Shareholders Meeting.

As the advice was sought on May 16 and the positions became available on May 29, the CGC deemed the appointment of the proposed members premature. The CGC offered its advice in mid-June.

More important, the CGC pointed out that in a Government-owned company the shareholder’s representative, in this case Minister Arrindell, maintains an arm’s length approach and that director and supervisory board are not influenced in making decisions for the Shareholder, i.e. the Government of St. Maarten.

Two of the candidates are staff members of the Minister – Dijkhoffz, who is Arrindell’s Chef de Cabinet, and Van Zadelhof, who is a Policy Advisor to the same Minister. Therefore, the CGC did not deem it advisable to appoint these two candidates.

This newspaper understands the Council of Ministers did not agree with the CGC’s findings and will proceed with appointing their candidates. Government believes that as the two cabinet members have nothing to do with Airport affairs in their daily work there is no reason not to appoint them.

The Government is also understood to have lost all confidence in Ouenniche and intends to remove him. It wants a General Shareholders meeting as soon as possible to address these agenda points. The Council of Ministers has already decided to do so by majority decision.

The Supervisory Board of the Airport Holding Company has yet to meet, according to a source close to the board. This newspaper contacted Hodge on Thursday about the matter and he declined to comment about the situation. However, he did state that no board meeting had been held or new members appointed to the Holding Company board as yet, but said he expected that to change soon.

Minister Arrindell was also contacted for comment on this issue and she stated, “I have no comment about this situation at this time.”