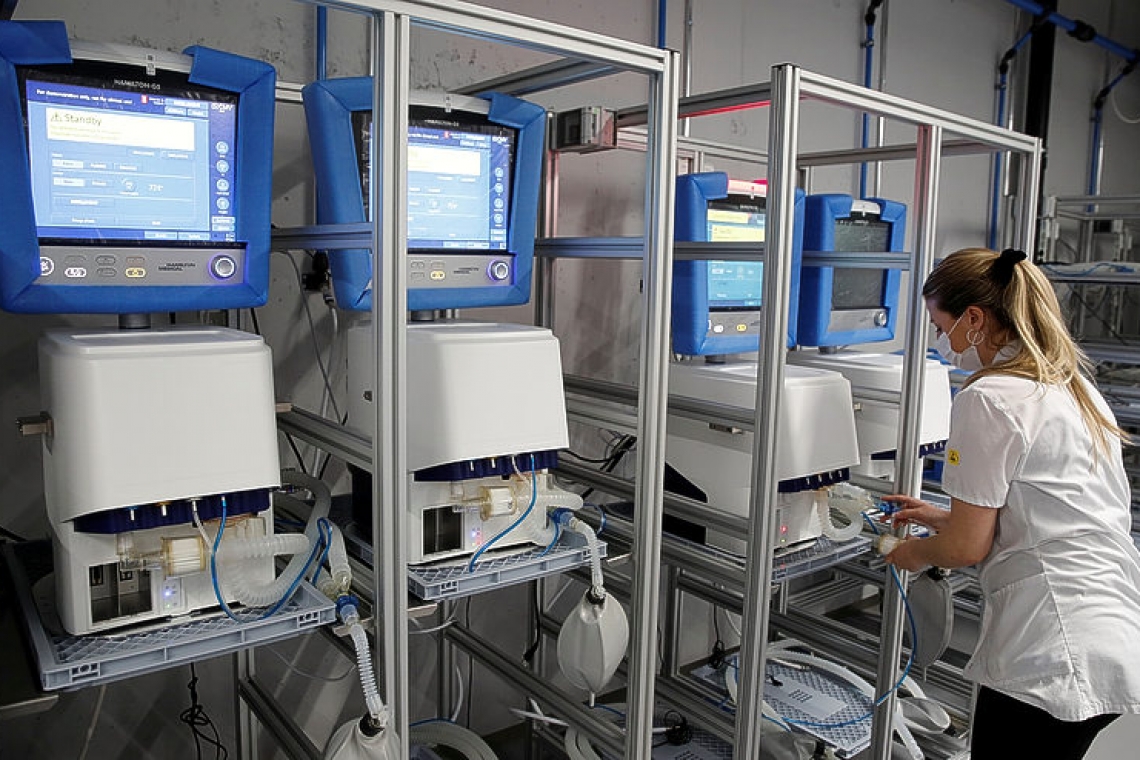 Jacobs said during Wednesday’s press briefing that there are two ventilators available for use at St. Maarten Medical Center (SMMC).

Three additional ventilators have been requested for St. Maarten via the Netherlands National Institute for Public Health and the Environment RIVM.

Jacobs confirmed that RVIM had received the request. “Yesterday we had a discussion between the four countries [Netherlands, Aruba, Curaçao and St. Maarten – Ed.] pertaining to COVID-19 at the ministerial level and our request has been received,” said Jacobs.

Jacobs also mentioned that a temporary pavilion will be placed at SMMC. This pavilion was previously used post-Hurricane Irma. According to Jacobs, it can host up to six isolation rooms if needed.

The additional ventilators, once received, will be paced within the hospital. The exact location was not specified.

Jacobs said there is no timeline available on the delivery of the requested ventilators.

She said in the event that there is an acute COVID-19 case that needs to be flown out of the country, this can be done through the use of the air ambulance that serves the Dutch Caribbean.

Jacobs added that there are two helicopters available for use and, if necessary, the government can request military assistance.