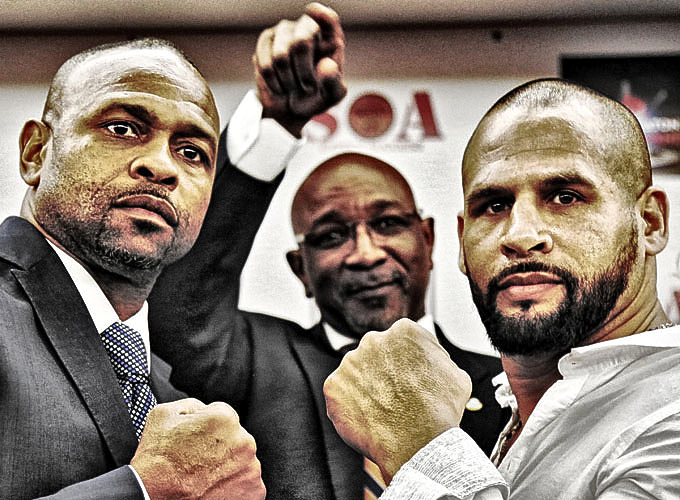 PHILIPSBURG–Minister of Tourism, Economic Affairs, Transport and Telecommunication (TEATT) Mellissa Arrindell-Doncher is looking at several scenarios to get back the country’s US $123,000 spent on hosting the cancelled international boxing match between Roy Jones Jr. and Danny Santiago in 2015.

The large pay-out to Keaton Entertainment at the time was made under former Minister of Tourism/now Member of Parliament (MP), Claret Connor who approved and signed a memorandum of understanding (MOU) for the island to host the fight.

The Daily Herald contacted the office of the Minister of Tourism’s cabinet and probed how far along the process is to recoup the funds.

In its response, the cabinet said, “The process is taking longer than anticipated since the current administration and new head of St. Maarten Tourism Bureau (STB) had to and still has to get all relevant information about this event before advising the Minister how to move forward.

“This event was fully planned in 2015 under United People’s (UP) party of St. Maarten Minister (now MP) Claret Connor. A lot of time has elapsed since then, so we are currently executing due diligence to determine exactly what happened with regard to this event.”

When asked about Government’s contact with the promoters in the US and those responsible locally, the cabinet said, “Despite minimal contact with parties responsible, Government will attempt to use every means available to it to recoup the funds once a final decision is taken on how to proceed. Important to note is that the funds are in an escrow account in the United States. This we have confirmation of in writing from the escrow firm.”

The fight was scheduled for August 29, 2015, at L.B. Scott Sports Auditorium. On August 22, the Department of Communication announced in a brief statement that the fight was postponed until further notice, due to the expected threat of Hurricane Danny. Tickets sold for the fight would be honoured by the boxing promoter, Archie Keaton Entertainment.
The MOU with Keaton Corporation was for US $185,000 and US $123,000 was paid out. Funds were derived from the European, Latin American and Canadian marketing budgets.

The Tourism cabinet said issues that negatively affect a planned event cannot be anticipated in advance, but Government will do what it always has: sign MOUs to safeguard funds in escrow accounts. However, some additional security adjustments will be applied.
The Tourism Ministry is moving ahead and intends to develop a comprehensive plan for sports on the island and to support sports events with the ability to attract international and regional athletes and sports-lovers, with the goal of enhancing the tourism product using sports as a vehicle.

This newspaper also asked how important sports tourism is to the Government. The cabinet said sports tourism is extremely important, but requires a lot of work across Ministries. “STB has already recognised this through its Summer of Sports programme when it assisted local sports events in marketing their product to appeal to potential regional guests and sports enthusiasts. We will continue to build on this,” the cabinet said.