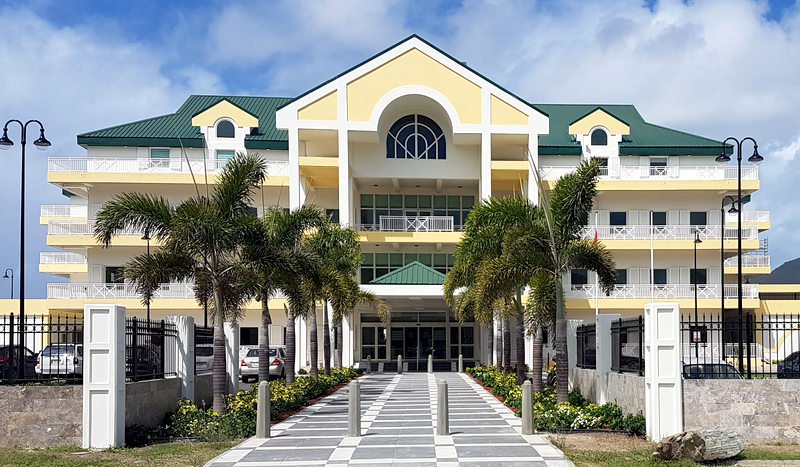 PHILIPSBURG–The Council of Ministers on Tuesday unanimously approved the draft 2018 budget, which has been signed off on and delivered to Governor Eugene Holiday to forward to Parliament.

The Council of Advice and the Committee for Financial Supervision CFT have already given their comments, suggestions and advice on the draft budget and these have been incorporated.

Finance Minister Richard Gibson said the approval means that for the first time in the short history of Country St. Maarten the budget will be delivered to Parliament as prescribed and required by the constitution. By law a balanced budget is supposed to be submitted to Parliament by September 1. Gibson said the budget, as well as the accompanying long term budget, have already been vetted by the Council of Advice and CFT.

“The timely submission of the budget for the first time in the history of our country gives me great pleasure, as well as the government and it should also give great pleasure to the people of St. Maarten,” Gibson told reporters at the Council of Ministers press briefing on Wednesday. “They have every reason to be proud of this major accomplishment which I believe should be celebrated. It was not too long ago that we were in such a financial mess that government was unable to present a budget in 2015. Budget 2018 will be the third consecutive balanced budget that this government has produced. With budget 2018 the last tranche of deficits built up since 10/10/10 will be paid off,” the minister said.

“Publicly the CFT has already stated that St. Maarten’s finances are back on track. This historical accomplishment was not easy. It took sacrifice, dedication and hard work.”

Gibson said meeting the deadline for submission of the budget, should not be taken lightly.

“There are benefits that are associated with doing things the right way. There have been reports that St. Maarten got approval for NAf. 21.6 million for capital expenditures, that bonds have been floated for that NAf. 21.6 million and the interest rate on these bonds will be 0.83 per cent. You are paying less than one per cent because someone believes in your fiscal discipline, someone believes that you have your house in order and they can give you credit at these low interest rates. If you have your financial house in a mess, you will not be able to attract in such low interest rates,” the minister noted.

He also spoke about a loan of NAf. 40 million that was promised for the renovation of the tax department. “Imagine having a loan that would carry an interest rate of 0.83 per cent or 1 per cent or 1.5 per cent because you have your financial house in order. This should be celebrated and everyone should be proud of this.”