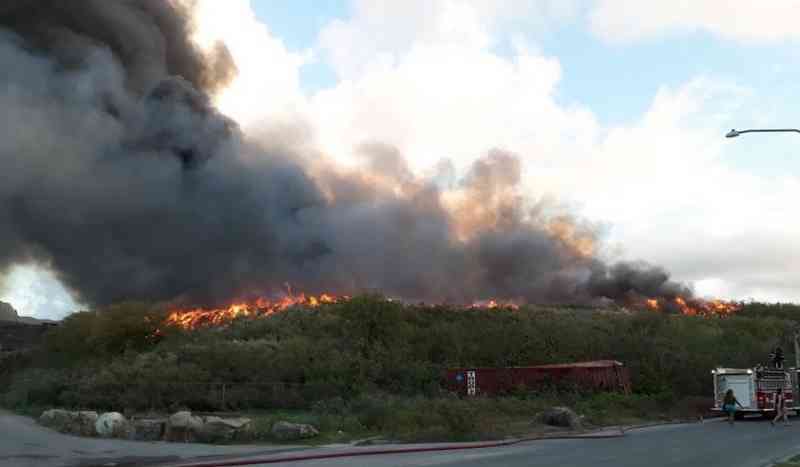 PHILIPSBURG–Members of Parliament (MPs) wrapped up their discussion with government about the state of the ever-burning dump and the solutions for the future on Tuesday afternoon.

The Central Committee sitting of Parliament, called as an urgent session, started in February and was marked by several fragmentary sittings to give MPs an opportunity to pose questions and ministers to deliver answers on various garbage-, health- and environment-related topics.

One standout point of Tuesday’s sitting was that government no longer sees it as beneficial to end the contract with the current dump management.
Minister Cornelius de Weever, who was filling in for the three ministers – Environment and Infrastructure, Health, and General Affairs – said that with only seven months left on the contract it would be better to wait for it to end, rather than try to end it prematurely at a cost to government. The focus now is on bettering the terms of reference for the dump management.

Also focused on is the Enviro-Green proposal for a waste-to-energy plant for the country. According to the answers provided by the minister, the proposal was not transparent, as it did not come from an open bid. The proposal was picked from several random proposals sent in to government.

De Weever, via the answers, informed MPs that government is working with the World Bank on a project to tackle the country’s growing solid waste management crisis. In the meantime, scrap metal accumulated on Pond Island is being shipped out free of charge for government, for recycling abroad.

The meeting was suspended until further notice to give the minister ample time to answer a series of follow-up and new questions from MPs about the situation at the dump as well as issues surrounding the company Enviro-Green.

Parliament Chairwoman MP Sarah Wescot-Williams initially moved to close the meeting and move to other options to tackle specific queries about the topic before Parliament. MP Silveria Jacobs (National Alliance) objected to this, seconded by another MP.
Jacobs said she preferred to get answers to her questions from government, rather than have the session closed. There is a possibility that answers will be delivered to MPs in writing in the coming days