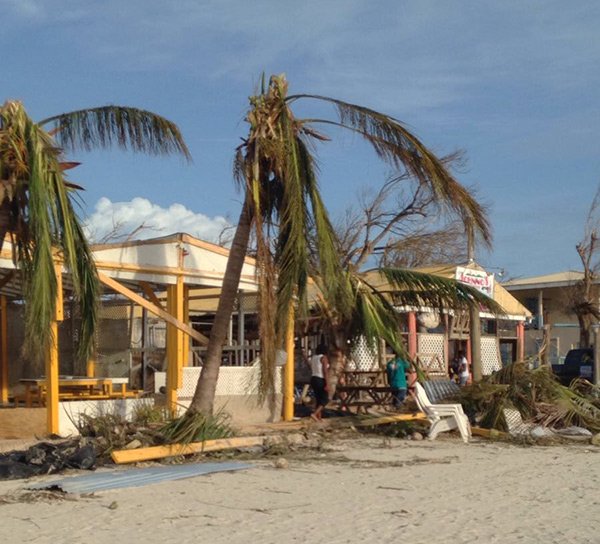 ANGUILLA–The “worst hurricane to have hit this island in living memory” is how Anguilla Governor Tim Foy described the devastation monster hurricane Irma caused to his island this week.

Anguilla has sustained very significant damage and, regrettably, loss of life, he said in a message via Facebook.
He commended the people of Anguilla for responding to call to prepare and be ready for the powerful storm and for coming together in the aftermath. “Communities have pulled closer together; neighbours are helping neighbours to overcome the challenges, and supporting each other.”
“Most importantly, unlike what we may have heard from other places in the region, Anguilla remains calm and Anguillians as ever, remain respectful of the rule of law,” Foy noted.
Throughout, Foy said he has been in close contact with the Commissioner of Police to ensure that there is a visible police presence and that any incidents of stealing or looting is dealt with swiftly, through the proper legal means.
“I have heard many unsubstantiated rumours, most of which have turned out to be mischievous fabrications, with no bearing in truth. That said, some unfortunate members of our community have shown the worst side of their character and they will be dealt with.”
Responding to “chatter” about why he has not yet declared a state of emergency, Foy said: “Let me be clear: the Constitution and Emergency Powers legislation provides me with the authority to declare a state of emergency. But in Anguilla, this does not have the same legal meaning as people may draw from looking at the U.S. or even the U.K. This is not a means to secure additional financial assistance.”
Rather, such a declaration states that he had lost all confidence in the Chief Minister and his Government to manage this situation and would, in effect, mean the dissolution of the House of Assembly, and all administrative powers would be assumed by him, as Governor. “This would be an unprecedented step, one that I firmly believe is unnecessary at this point in time. I have full confidence in the Government and the Public Service in managing this situation.”
Foy and the Chief Minister have spoken, on several occasions, to the Foreign Secretary and have received assurances that further significant U.K. assistance will be arriving very shortly.
“We have already received immediate assistance from a Royal Navy ship, and in the last two days, very significant resources have been dispatched from the U.K. to support Anguilla’s recovery,” he said.