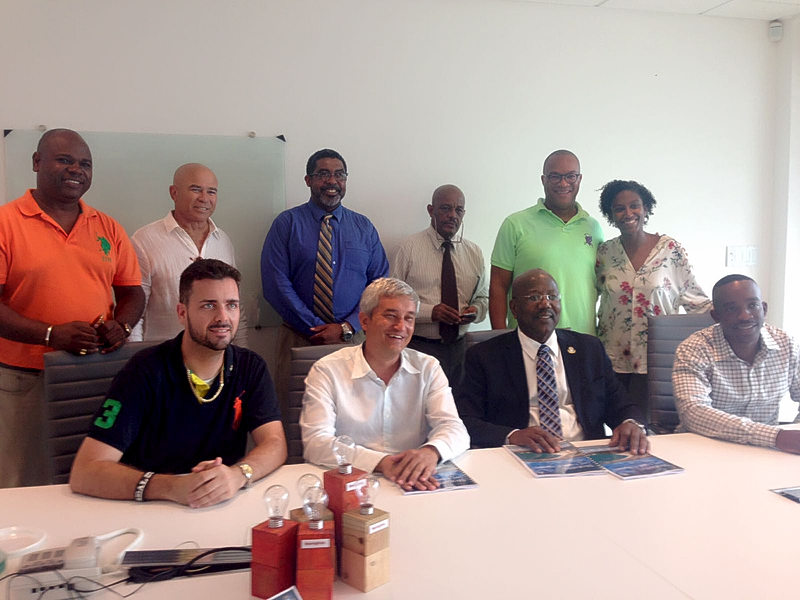 HARBOUR VIEW–The governing programme of the incoming United People’s (UP) party/National Alliance (NA) coalition was presented to Governor Eugene Holiday on Thursday by Prime Minister William Marlin in his role as formateur.

However, the final report on the formation of the new cabinet could not be presented by Marlin as the background screening of the candidate ministers is still ongoing. The Governor has now extended to deadline until November 4 on the request of Marlin. The final report was due yesterday, Thursday.

This extension means the new ministers will not be able to take the oath of office before the Governor on November 1, the day after the incoming Members of Parliament are sworn-in for the “Halloween” Parliament.

Marlin, in his meeting with the Governor, updated him on the progress of matters related to the formation. This included a review of the status of the screening of the candidates for the Council of Ministers.

The screening covers a background review of the personal and professional credentials, the financial position, the fiscal (i.e. tax and social security premiums) compliance, the judicial background including possible suspicious transactions, the security background and, if necessary, the health condition of the candidates.

The purpose of the screening is to assess the integrity, independence and solvency of the candidates, as well as the stability of the new government.

The governing programme was worked on by a joint team from both parties under the guidance of NA leader Marlin and UP leader Member of Parliament Theo Heyliger, and assistance of consultancy firm Bearing Point. The programme outlines priority areas for the 2016-2020 governing period. The coalition intends to present the programme to Parliament and the public in the coming days.