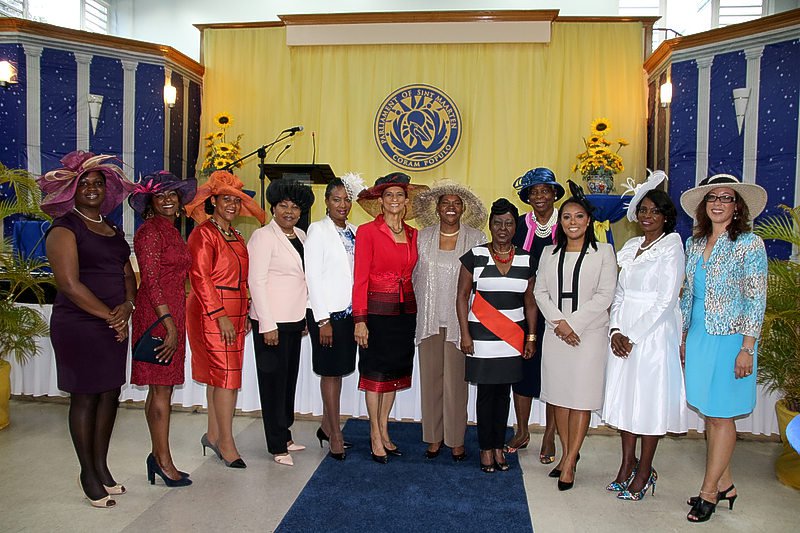 PHILIPSBURG–Governor Eugene Holiday outlined Government’s plans on Tuesday at the opening of the 2016-2017 Parliamentary Year. The opening came thirteen days before the country heads back to the polls for the second time in two years and with uncertainty about which of the 14 Members of Parliament seeking re-election will be back in legislature and which of the ministers will be reappointed.

The composition of Parliament will change on October 31 when the dissolution decree comes into effect. A new Council of Ministers may take a bit longer due to screening and/or government formation talks. 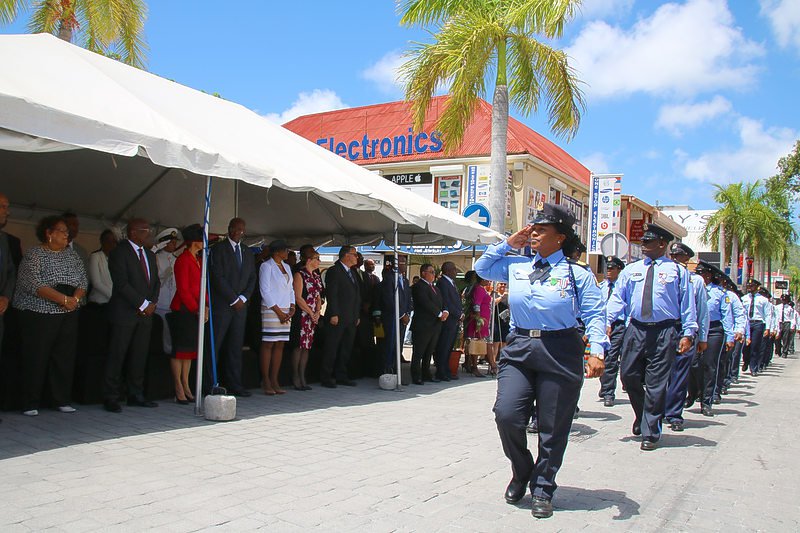 “Between now and the installation of a new Council of Ministers, the Government is to continue to take care of the interests of the people,” Holiday said about the current National Alliance (NA)-led coalition.

Calling the period a “transitional reality,” Holiday addressed MPs and invitees in Parliament House about the prevailing domestic socio-economic conditions, the global economic climate and Government’s policy programme, providing an outline of the policy challenges and opportunities for the upcoming year.

“To govern its affairs effectively a country, and St. Maarten is no exception, ought to have political and fiscal stability. … As a result, Government’s policy agenda has and continues to be geared at bringing about reforms to encourage greater political stability and to putting its financial household in order,” said Holiday.

In the past 10 months, Government has worked to create a better foundation to address challenges faced by the country, he said.

Progress has been made in the timely preparation of the draft budget of 2017 for presentation to Parliament. “Point of departure in that regard is that Government must structure its finances to create room to allow for continued investment in our people,” Holiday said.

To encourage greater political stability in government, Government has prepared a draft constitutional amendment to exclude Members of Parliament who declare themselves independent from the political party with which they were elected to Parliament from participating in the process to appoint ministers. The draft is expected to be presented to Parliament soon for approval. 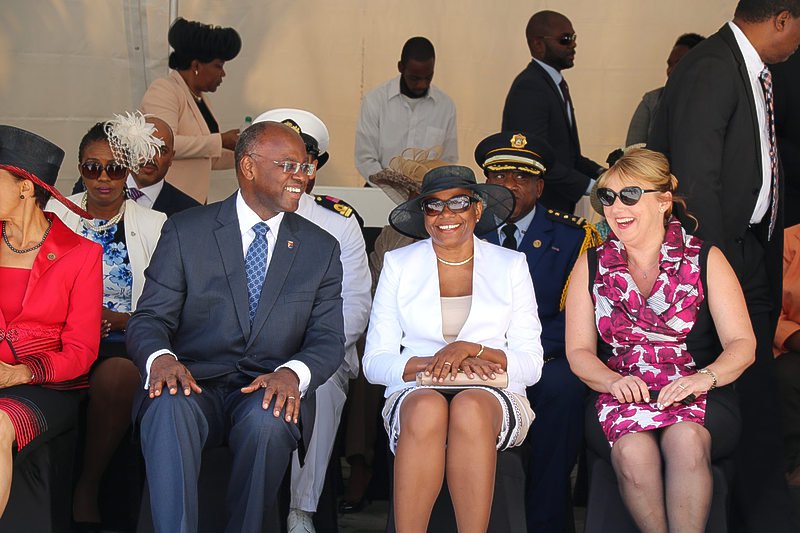 Government has initiated the process for a constitutional amendment to expand voter eligibility aimed at allowing students living abroad to vote. The draft legislation has been reviewed by the Council of Advice and will be presented to Parliament.

According to Holiday, Government has taken steps to create sustainable budgetary conditions. Key policy decisions have been the strengthening of procedures to tighten spending controls, improvement of the quality and timeliness of the budget for greater accountability and the preparation of plans to invest in strengthening the tax administration and collection.

Government believes it is essential to invest in the tax administration to help curb the trend in revenues and realise structural increases.

Investing in human capital through continued training of civil servants and by providing the resources necessary for them to continue to grow in the fulfilment of their functions are goals of Government.

A key element in Government’s programme to enhance the level and quality of public services is its investment to realise the move to the Government Administration Building on Pond Island. The centralisation of services, improved working conditions for civil servants and budget savings due to lower rental expenses are envisioned with the move.

In the execution of its education policy agenda, Government has prepared several policy documents and draft legislation. These include the finalisation of legislation establishing the Council for Labour and Education in July, aimed at realising a better balance between education and the labour market; the introduction of regulation of functions, salaries and compensation for teaching staff in May; the draft legislation to regulate the issuance of study financing; and the Higher Education framework document which addresses the position of institutions for accredited higher education.

Government also has sent a draft Youth Employment Programme and Fund to the Social Economic Council SER for review.

Government is also “committed to strengthening national unity and identity” and will manifest this through support for and participation in national activities such as St. Maarten Day, the National Day of Prayer and Emancipation Day.

On the preservation of national heritage, initiatives this year included two programmes to assess and map St. Maarten’s tangible and intangible cultural heritage in collaboration with UNESCO, the emergency repairs of Fort Amsterdam and upgrade and repair of the old salt factory funded by the Dutch Government.

To address these social and healthcare challenges, Government’s priorities included taking steps to introduce legislation for a National Health Insurance Plan to secure affordable and better access to health care for all, the finalisation of the draft feasibility study to introduce a mandatory pension system and the new hospital project.

On the housing front, Government listed the recent transfer of land at Foga Estate to St. Maarten Housing Foundation, the subdivision of Over-the-Bank and the ongoing connection of the main sewage line and homes on St. Peters Road.

Government, with its limited finances, is “committed to investing in the strengthening of law enforcement.” High on the agenda is finalisation of the regulation of the legal position of police officers and national detectives.

Law enforcement initiatives taken during the past months included introduction of electronic monitoring of juvenile offenders in June, the start of the first phase of the camera surveillance project, and the establishment of the K9 Brigade.

Government believes it is essential to continue to find ways to invest in improving the management and quality of the tourist product and to address expected challenges such as the opening up of Cuba, said Holiday.

The key elements of Government’s economic policy agenda in the past months included the establishment of St. Maarten Tourism Authority (STA) Foundation and investments in country’s infrastructure, such as the still-to-be-completed parking lot at Kim Sha Beach.

Other areas of attention for Government are investments in a solid waste management facility and renewable energy sources, alleviation of traffic congestion, and investments in protecting and preserving the environment and the establishment of a terrestrial park.

Government continues to work with the Government of Curaçao to address ongoing concerns about the Central Bank that serves both countries.

Parliament has 15 seats, but only 14 MPs are seeking re-election. MP Johan “Janchi” Leonard (United People’s (UP) party) is retiring from politics.

Absent with notice from the opening session were MPs Christophe Emmanuel (NA) and Tamara Leonard (UP). Absent without notice were MPs Theo Heyliger (UP) and Silvio Matser (independent). 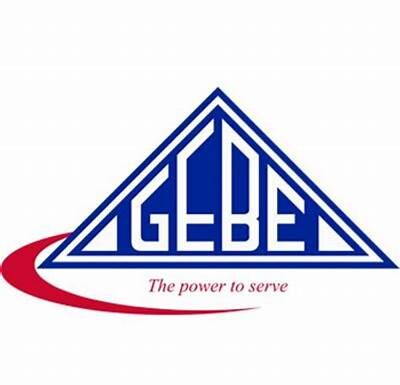 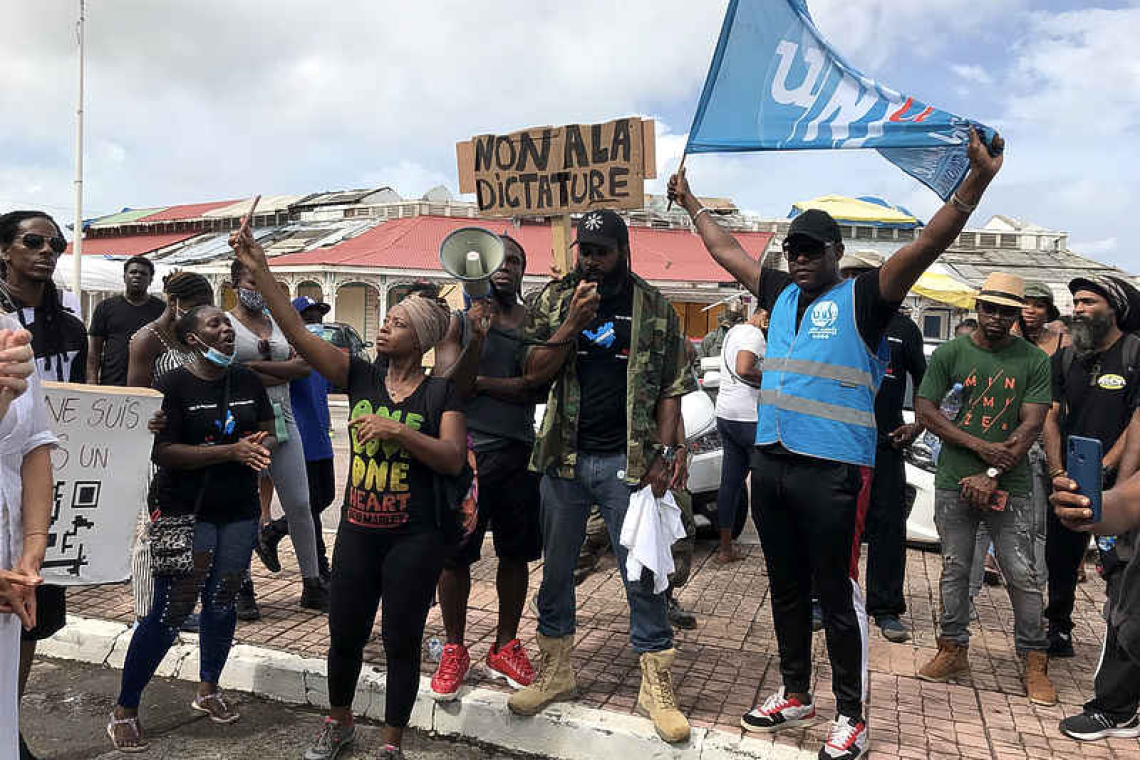 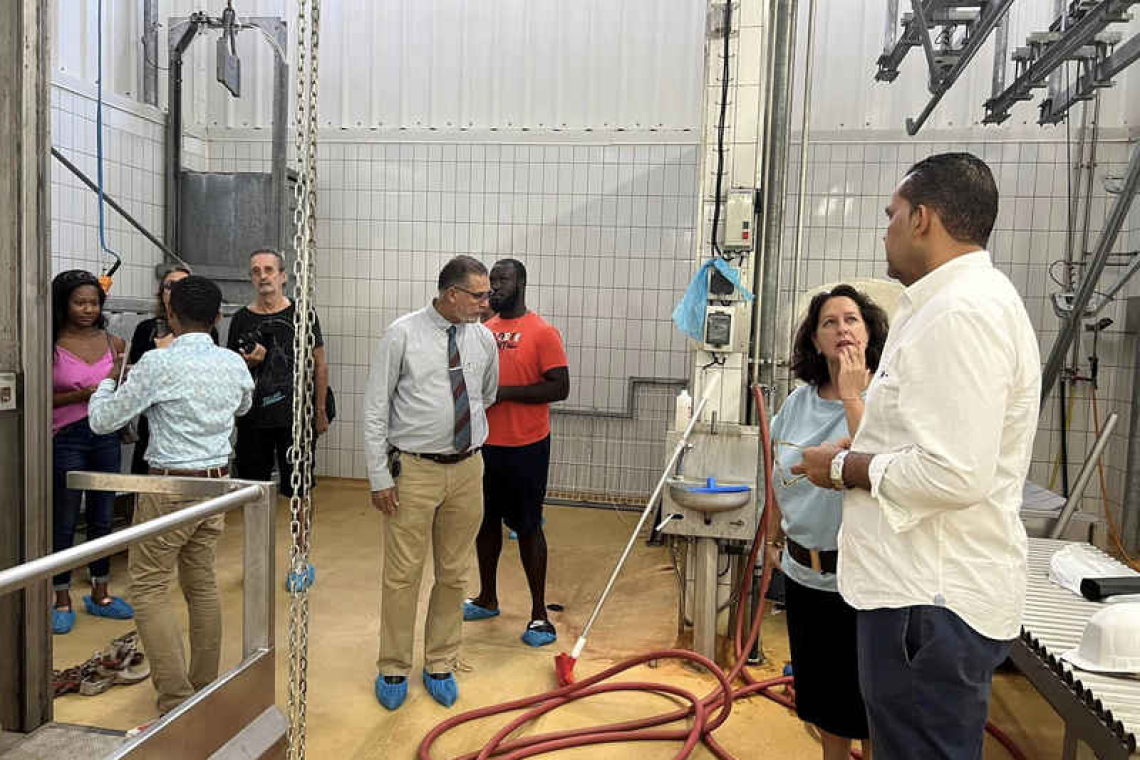