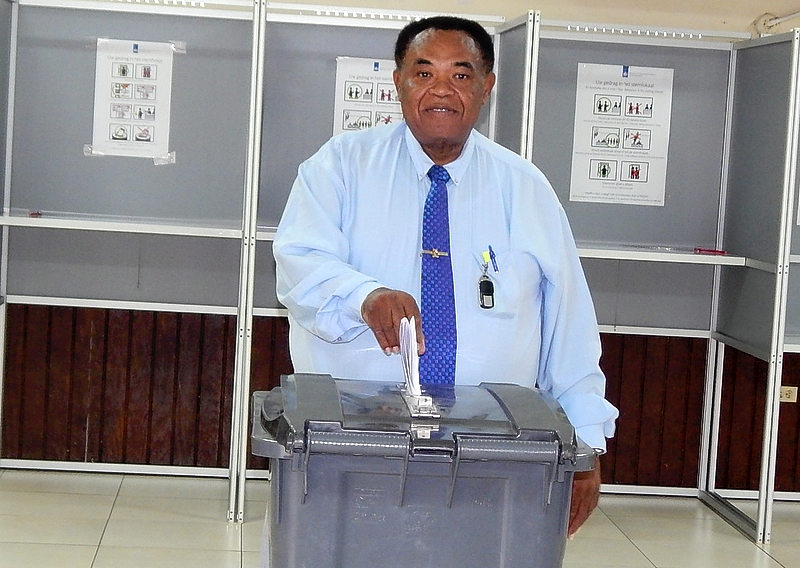 On St. Eustatius there were 1,875 eligible voters. Exactly 438 persons exercised their rights and went out to cast their vote. Governor Woodley said there were two “spoiled” votes among the final tally.

The majority of votes were cast for the Christian Democrat CDA party. In total 338 residents of Statia voted for the CDA. Of these votes 335 votes went to CDA’s local candidate Koos Sneek.

Centre-democrat D66 party, headed by Alexander Pechtold received 27 votes. One D66 voter said he cast his vote for this party because during his visits to Statia Pechtold was very interested in what was taking place on the island.

Island Councilman Reuben Merkman and his wife also went out to exercise their rights. Merkman said he also gave his support to D66. He said that he gave his vote to D66, as Pechtold was interested in the issues on Statia.

In going out to vote, Merkman disregarded the call of coalition partner Progressive Labour Party (PLP) which had called upon voters not to cast their vote in the Second Chamber election.

Some residents on the island voiced their grievances about the fact that they had not received information pertaining to the election until Tuesday, March 14, which was only one day before the election.