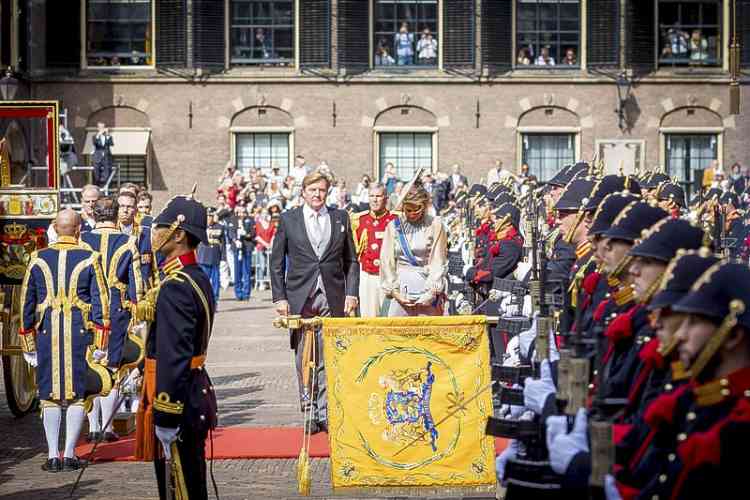 King Willem-Alexander and Queen Máxima arriving at the Knight’s Hall in the Binnenhof Parliamentary Complex in The Hague before delivering the King’s Speech during Budget Day. (Rijksoverheid/Valerie Kuypers file photo)

PHILIPSBURG/THE HAGUE–King Willem-Alexander will receive Governor of Curaçao Lucille George-Wout, Governor of Aruba Alfonso Boekhoudt and Governor of St. Maarten Eugene Holiday for consultations at the Huis ten Bosch palace in The Hague on Thursday, September 19.

The king will be speaking with the governors to be informed about recent developments in the Caribbean part of the Dutch Kingdom.

The three governors are in the Netherlands in connection with Prinsjesdag (Prince’s Day). Today, Tuesday they will be attending the King’s Speech at the medieval Knight’s Hall in the Binnenhof Parliamentary Complex in The Hague during Budget Day.