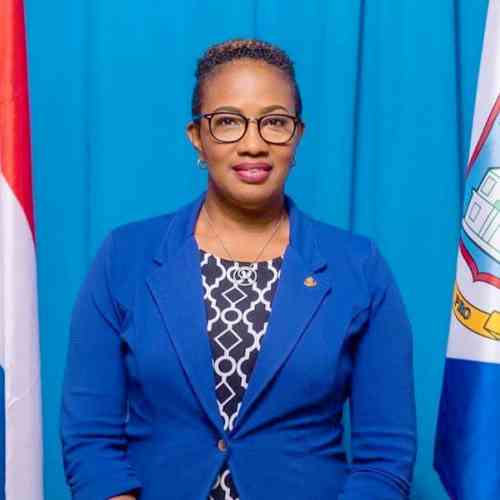 PHILIPSBURG–The government of St. Maarten has taken a strong position on the increasingly volatile situation in French St. Martin and has decided that it will not grant clearance for commercial cargo ships to dock at the Port of St. Maarten or for military transportation trucks to be offloaded and transported via the sea to Galisbay as requested by Préfète Déléguée Sylvie Foucher.

Government “could also not” grant permission on Saturday to a request from Préfète Foucher in relation to allowing a convoy of four trucks and 10 cars to traverse from the Oyster Pond border point to Bellevue, for extra Gendarmes to enter the French Territory.

Interim Prime Minister Silveria Jacobs supported by the Council of Ministers, made the decision regarding the commercial cargo ship during a second emergency meeting with Police representatives, senior staff of the Ministries of General Affairs, Justice and Tourism, Economic Affairs, Transport and Telecommunication (TEATT) on Sunday.

Jacobs said both decisions had been taken after extensive deliberation with stakeholders and with proper consideration of the negative implications of the ongoing developments on French St. Martin, for Dutch St. Maarten and with the safety and security of St. Maarten and its people as the main priority.

“Our solidarity as a St. Maarten people will continue to be with our brothers and sisters in the north. We implore all who would escalate the violence to remain calm and seek to resolve the impasse in an amicable manner,” Jacobs said in a press release on Sunday.

She said government had assured its continued cooperation and reiterated that the lines of communication between the two governments would remain open as parties continued to monitor any changes and provide updates periodically. “We will continue to facilitate safe arrangements for persons and tourists going to and leaving from the French side, as well as facilitating visitors who are currently staying on the French side. Government has also upon request allowed movement over our borders to render any assistance needed for medical and other emergencies, and pledges to continue to do so in the interest of safety and security.”

Chief of Police Carl John reassured the Council of Ministers and all stakeholders that there had been absolutely no increase in any reported activity on the Dutch side that was related to the current situation on French St. Martin. However, the Justice Ministry is ready with an operation plan, should the situation escalate. Dutch St. Maarten is open for normal day-to-day business operations, and continues to welcome its visitors during this high season.

The first emergency meeting to deal with the consequences of the effects of the demonstrations and road blocks in St. Martin was held on Saturday amongst Jacobs, Minister of Justice Egbert Doran, TEATT Minister Mellissa Arrindell-Doncher, along with the Police, Immigration Department and senior staff of the relevant ministries.

In a press statement issued on Saturday after that meeting, Jacobs said: “We are in solidarity with the people of French St. Martin and their struggle, and pray that dialogue will resolve the current impasse in the interest of all concerned. Our priority at this time is that our community remains safe.”

She said in that release that government with all its emergency services departments and other departments was doing all in its power to keep the St. Maarten residents and visitors to the island “absolutely safe and sound.” “There is open communication between the government of St. Maarten and the representatives of the Collectivité of St. Martin as well as the Préfecture regarding updates concerning the protests and the blockades.

“There will be heightened Police presence on the Dutch side, including vigilance around our shared borders to ensure the population’s safety, which does not indicate that we are in any way blocking the borders. Residents and visitors alike are asked to follow all directions and to please cooperate fully with the police. While the blockades of the roads on the French side have remained in place, the French authorities have assured that traffic is still possible via the Cole Bay/Bellevue border. However, anyone choosing to do so will be doing so at their own risk,” she noted.

“The French authorities have issued a statement advising visitors to change their travel plans, or remain on Dutch St. Maarten instead.”

“The community and the tourists can rest assured knowing that everything is being done to secure their safety. Secondly, everyone should remain calm, stay on the Dutch side and not venture onto the Northern side of the island unless strictly necessary. St. Maarten remains open for business, and citizens are reminded that we are ambassadors who welcome others daily to our shores. As government of St. Maarten and a united St. Maarten[/St. Martin – Ed.] people we wish our counterparts in the North a quick resolution to the impasse and hope that life can return to normal as soon as possible. The lines of communication between the two governments remain open as we continue to monitor any changes and provide updates periodically. We will continue to facilitate arrangements being made for persons and tourists going to and leaving from the French side,” she said in the release on Saturday.