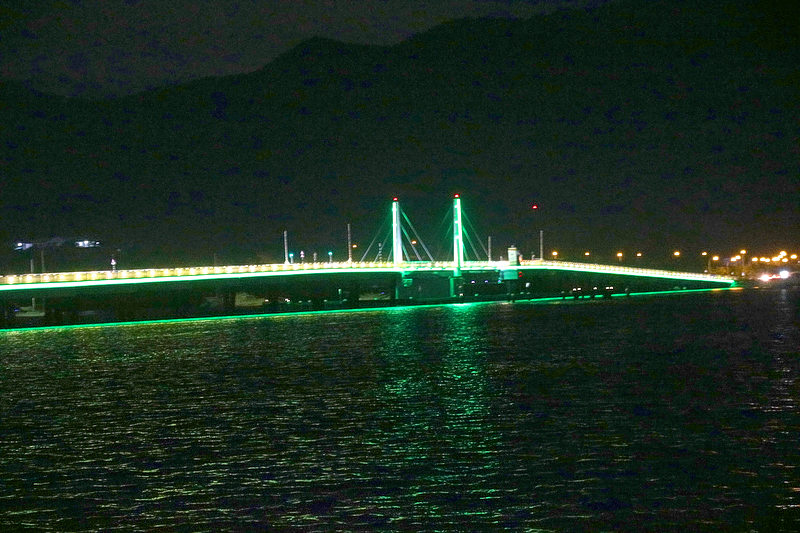 PHILIPSBURG–The Government of St. Maarten plans to invest NAf. 225,000 on a full-fledged LED lighting system for the new Government Administration Building, according to Minister of General Affairs William Marlin on Thursday. The system is expected to last ten years and is similar to the causeway lighting system visible at night.

“These lights have nothing to do with the US $80,000 spent on Christmas decorations for the building. This is a long-time investment to enhance the way the building looks and would be visible for miles when coming into Philipsburg,” stated Marlin.

The lights will be installed on the building and can be used for different occasions, such as St. Maarten Day or for the inauguration of the new Government taking office soon. Marlin said the lights could reflect the three parties represented in Government – red, white and blue. He even stated that the lights could be turned green in the next 20 years. “The LED lighting system for the building will enhance the skyline of Philipsburg,” he said.

Member of Parliament Tamara Leonard requested clarity on the US $80,000 purchase of Christmas decorations and reports that NAf. 225,000 had been paid for lights for the building. Social media reports have been critical about the sudden purchase of any type of lights for the new building. The topic is expected to be brought up again in the public meeting of Parliament on the 2017 draft Country Budget