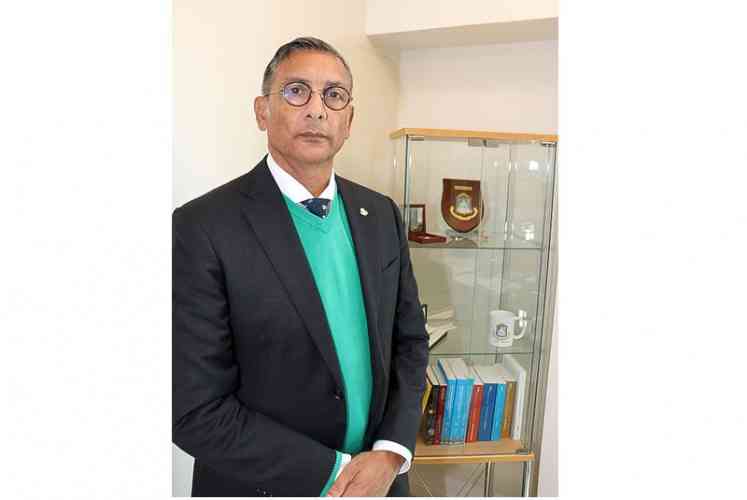 POND ISLAND–Government will soon be in dire need of liquidity support from the Dutch Kingdom government to boost its coffers for this low economic generating period.

The liquidity support for the third quarter of 2018 is still awaited while the continuation of support is in doubt for the moment.

“We are still awaiting the third tranche of 2018 in liquidity support. Those monies are really needed to start covering the dip of the low season. If it stays as it is now, we will, of course, endure additional deficits in our budget,” said Finance Minister Perry Geerlings.

The doubt about continued support is caused by conditions the Dutch Kingdom government has set that are yet to be reached by St. Maarten. One condition is the updating of the pension laws, including an increase in the current pension age. The other is a 10 per cent cut to salaries of Members of Parliament.

“We really have to hold up our own pants right now so that is the situation. I am not scared of that. That is what we are hired for as a government … So far, we are able to cover our expenses,” Geerlings said.

Government’s liquidity for the first quarter of 2019 was “quite okay” and resulted in no request to the Dutch Kingdom government for financial support.

“So far, we are doing okay and we can fill the gaps, but we cannot fill it for much longer. Thank god, we have passed the budget so we can start taking some measures and putting some plans in motion income generating measures,” Geerlings said.

The Finance Ministry is working “diligently” on ways to mitigate any financial shortfall expected in the next quarter, especially without certainty about liquidity support.

Government is working on its part of the Dutch condition.

The pension changes are in the offing. Government had taken a draft to Parliament, but subsequently withdrew it to seek further advice and recommendations from the General Audit Chamber. That process has been completed, according to Prime Minister Leona Romeo-Marlin. The updated draft law is now in the hands of the Council of Advice, putting one step closer to the floor of Parliament.

Even if government manages to get Parliament’s support for the pension changes, it is only one step in in the two-tiered Dutch conditions. The second, and perhaps, hardest part is getting MPs to cut their salaries.

Geerlings said the Council of Minister – the government, that is, cannot be the one putting pressure on MPs to cut their salaries. The Council, based on the constitutional set up, is appointed by the majority Parliament. The cutting or not cutting of MPs’ salaries is an issue between the Kingdom Council of Ministers and MPs, he said.

Referring to the motion adopted by Parliament suggesting to cut to allowances and other costs of the legislature instead, Geerlings said they would be looking into that, because in the end it’s about reducing expenses.