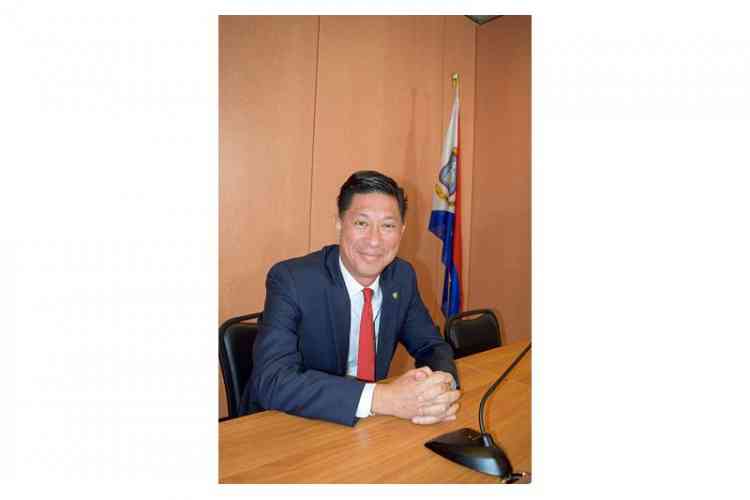 PHILIPSBURG–A government owned entity recently initially denied government inspectors from the Inspectorate of Health, Labour and Social Affairs VSA access to their premises to conduct an inspection of their facilities.

Health Minister Emil Lee, who accompanied the three inspectors on the inspection, was not happy about this and plans to raise it with the management of the entity. “This is clearly inappropriate and I will bring this up with the management of that entity,” Lee told reporters at the Council of Ministers press briefing on Wednesday. The minister did not name the government owned company in question.

Lee said that gross non-compliance exists in the work force. During the inspection, the inspectors encountered a French St. Martin-based company operating as a general contractor at a construction site in Dutch St. Maarten with workers from Portugal, Venezuela and other countries with no proof of payment of taxes or health insurances for the company or the workers. The company also needs to be registered in St. Maarten.

He stressed that if St. Maarten is to recover, everyone needs to make an effort and comply with the laws that exists. There were cases where workers had no medical insurance cards. Some workers believed that their premiums had been paid, but they were encountering complications to pick up their cards. In some cases, employers were not compliant and the workers were actually not entitled to cards, as employers had not paid premiums as the workers thought.

He urged employers to understand their responsibility. Irrespective of whether a worker is documented to legally work in the country or not, they are still obligated to pay taxes and social premiums. The ministry will “work with” employers of persons, who may not be documented, but are paying their taxes to “see how we can improve compliance” and matters such as employment permits. Lee said it was “unforgivable” what persons who are not paying taxes are doing as this is something that St. Maarten cannot afford.

During the inspection, there were also many workers who had no pay slips. All working persons are entitled to pay slips as this is also proof that taxes and social premiums have been paid, the minister made clear.

Lee said it was “troubling” to see many employers “taking advantage” of workers, many of whom believes that they are compliant, when they are not due to the negligence of their employers.