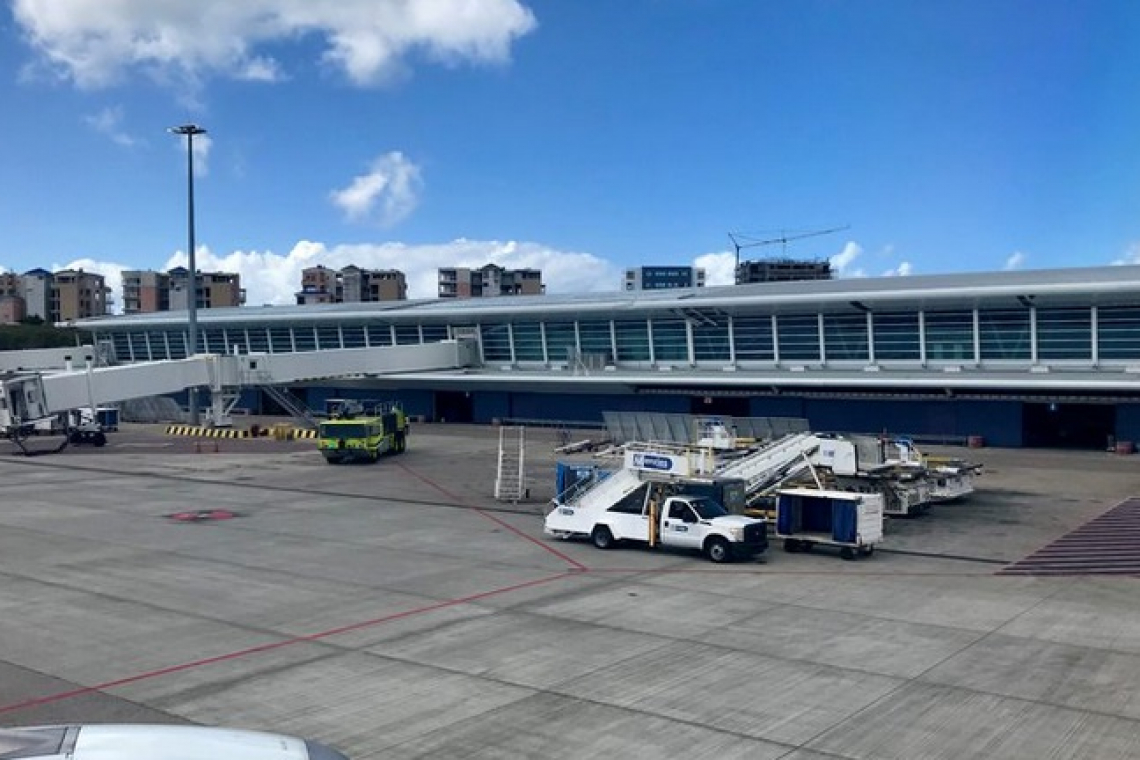 The letter is more than three months old and has now been leaked to The Daily Herald.

In the letter, Jacobs told Knops that the Council of Ministers’ improvement plan for the airport’s corporate governance was based on the July 2020 recommendations of the Corporate Governance Task Force, which was established as a condition for the terminal reconstruction project.

The Task Force supplied a memorandum for its recommendations on February 6.

According to Jacobs’ letter, the Council of Ministers intends to draft a development, operation and maintenance agreement (DOMA) in which all airport assets would be transferred to the ownership of PJIA holding company PJIAH. All assets will also remain with PJIAH.

“While both companies remain in existence, the number of members of both the supervisory board and managing board will be adjusted accordingly,” wrote Jacobs.

The Articles of Incorporation of PJIAH and PJIA operating company PJIAE will be amended, and “professional profiles and competencies” will be defined.

Additionally, the CGC will be strengthened “by establishing a foundation with a two-tier system, including three units to be able to assist in further defining the professional profiles and competencies.”

The improvement plan also strips PJIAH of some independent decision-making and gives more voice to the CGC.

Subsequently, government would need to request and receive advice from the CGC in order to approve these transactions. Under the improvement plan, the CGC’s advice and government’s responses would be published to “ensure transparency and accountability.”

The execution of the improvement plan would be supervised by a project manager, with technical support being provided through the country packages of the yet-to-be-established Caribbean Body for Reform and Development COHO.

Although the approved plan gives a greater voice to the CGC, it apparently did not follow the task force’s recommendations exactly. Instead of merely giving advice, the task force proposed that the CGC’s approval be explicitly needed.

“[The task force’s – Ed.] concerns are related to ensuring that we have adequate checks and balances (transparency and accountability) throughout the process of corporate governance decision-making. These checks and balances will not be achieved with the proposed approval authority of the CGC. …

“The new construct of the CGC as proposed by the task force will take away from the authorities already allotted to the General Shareholders Meeting. The task force’s proposal in effect gives the CGC full control over the assets of the airport. This is contrary to the right under corporate governance principles of the Shareholder to approve major decisions,” wrote Jacobs.

In the letter, Jacobs said that the task force wanted CGC’s approval to be required to “safeguard the operation of the airport from political influences and pressure from persons and organisations that do not put the interests of the … country first.”

The Council of Ministers disagreed with this assessment, considering the approved plan sufficient to guard against undue outside influence.

“Having duly considered the concern of the task force, the Council of Ministers questions how giving the approval authorities to the CGC … provides the mentioned safeguards; even persons within the CGC can be subjected to said influences and pressures,” wrote Jacobs.

Jacobs’ letter to Knops is more than three months old and much has happened at PJIAE and PJIAH in the meantime.

Since February 20, PJIAE chief executive officer (CEO) Brian Mingo was controversially dismissed and later reinstated by the court, three new board members were proposed for PJIAH’s supervisory board, and PJIAH managing director Dexter Doncher was suspended, presumably for having a major role in both Mingo’s firing and the move to install new board members.

Royal Schiphol Group also moved to withdraw its support of the terminal reconstruction project, which could have negative consequences for the project’s funding via the World Bank-administered St. Maarten Trust Fund.

It is unclear whether the implementation plan discussed in Jacobs’ February 20 letter is still on the table or whether changes have been made. During Knops’ recent visit to the island, Jacobs and Irion reportedly discussed the issue at length with the caretaker Dutch state secretary.

What is clear is that government’s steps (so far) to improve corporate governance at the airport are not sufficient for Knops and the Dutch government, as the Kingdom Council of Ministers decided in late May to hold off on issuing some NAf. 39 million in already-agreed-on liquidity support until “good governance was restored at Princess Juliana International Airport.”

Neither the government in Philipsburg nor in that in The Hague has ever publicly clarified what concrete steps would be needed to restore good corporate governance.