Home Local News Govt. to levy one cent on gas and electricity for unemployment... 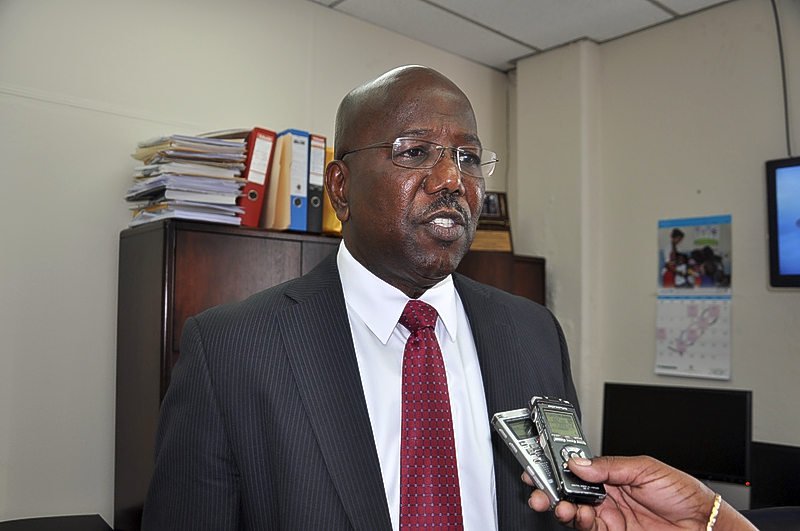 PHILIPSBURG–All households and drivers in St. Maarten will help to put the large number of unemployed youngsters in the country in the workplace for training and eventual employment.

Prime Minister William Marlin announced on Wednesday that authorities will impose a one cent levy on gas imports and a one cent levy per kilowatt of electricity consumed to help fund the “Unemployment Fund.” The legislation to collect the one cent levy per litre has been drafted and has to be tabled in Parliament for approval.

An agreement will have to be made with utilities company GEBE as that company will be a “collection agent” for government, when it comes to the one cent levy per kilowatt that consumers will pay.

Marlin said collecting the levy on the gas imported was done in the past. A one cent levy will be imposed on every litre of gas that wholesalers import. This will be added to the base price and passed on to consumers. At least one of the companies importing via French St. Martin have indicated that they are fully on board and pledged to cooperate with the initiative.

Marlin, who met with the Labour Department Wednesday to further iron out details of the initiative, told reporters that the fund will cover the expenses that will be incurred for having unemployed youngsters between the ages of 18 to 30, trained and prepared for the workforce. The fund is expected to pay their salaries while they are undergoing training.

The Prime Minister expressed hope that the fund is expanded to cover persons over age 30. The intention is for unemployed persons in the target group to be hired by companies and trained for a year in certain tasks. The unemployed persons will receive a salary, will pay taxes and have other benefits such as medical insurance during their employment training. These expenses will be covered by the fund.

At the end of the training, the company at which the workers were trained can either hire them permanently or the person will then be equipped with the skills and experience needed to find employment elsewhere. The legal structure of the initiative is being finalised.

Recruitment of unemployed persons will start in the various districts next week as government moves ahead with the initiative. The intention is to register unemployed persons for the programme. Marlin expressed hope that youths respond to the drive. He said any youngster can participate in the programme including persons who dropped out of school in their early or mid-teens or otherwise and those with no qualifications and/or work experience.

Participants, he said, will be guaranteed a job once they are willing to work and conduct themselves like any and every other normal employee.

Authorities will also start talks with the business community, who will have to partner with government for the programme. “The good thing is that they (businesses) will not have to pay to employ or hire persons who they may not need at that time or say they do not need someone with no experience or qualifications. The fund will pay the employer to employ these persons and the only arrangement… is that they will give the person a job,” Marlin said.

“If, for example, someone is sent to a bank – the bank will give you a job, train you as a teller, let you work with other tellers and after six months rotate you elsewhere and hopefully after the year, they can keep the person and if they can’t keep the person at least that person has a year of work experience and proper work ethics (to find employment elsewhere),” he said and expressed hope that the fund can continue until the person can get a proper job elsewhere.

The intention is that once the programme is completed, the “hundreds” of unemployed persons, whom Marlin said are “shut out of the employment cycle” will be phased out.

The ground work will now be done to register unemployed persons in the target group and fine tune the parameters of getting the fund up, running and motorised and having talks with the business community because “without them, process cannot take place.”

Marlin said, while some people might want to raise objections to the levies, looking at the bigger picture with hundreds of young people who drop out of school, some are unemployed, some get short term employment and some are out of a job, is worth it.

When they apply for a job, they are told that they have no experience, no qualifications, no job experience and they land in “a vicious cycle,” and eventually lose interest and hope in the system. “By introducing this will create a platform where young people will have a job,” he said.

Source: Daily Herald
Govt. to levy one cent on gas and electricity for unemployment fund