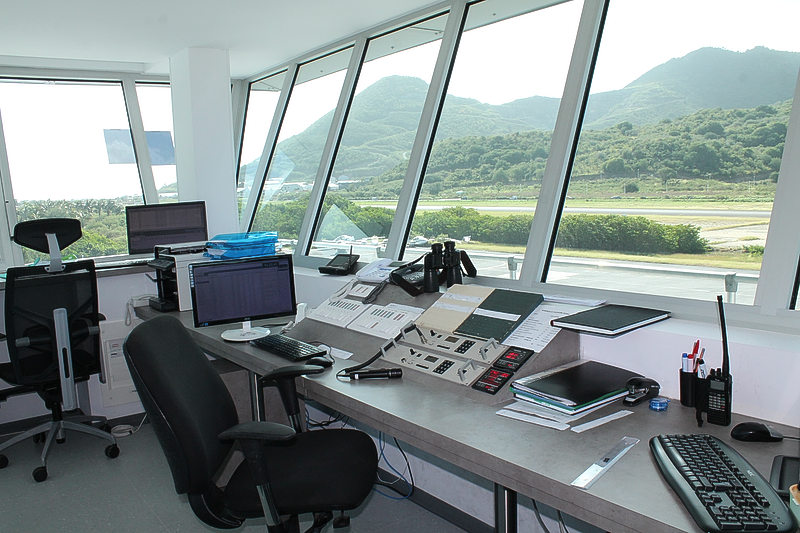 MARIGOT–First Vice-President Guillaume Arnell said Monday discussions and negotiations are continuing with the Laurence family and their Notary over the Collectivité’s acquisition of land to construct the runway extension at Grand Case airport, adding he is due to meet next with the family on January 27.

The media had been given the impression during Arnell’s New Year wishes address on January 13 that “a sale agreement was in the process of being prepared,” however, this has turned out to be premature. There has been no signing yet although some decisions have been agreed upon. Arnell insisted the runway extension is a “reality.”

The Laurence family had also reacted to an article in this newspaper where the new Director of Grand Case Airport was quoted as saying the purchase price of the land for the extension was 5 million euros. The family pointed out that figure was incorrect, and moreover said negotiations were still ongoing, and closing the deal in “days or weeks” was still far off.

Arnell told SOS Radio’s “Billy D” Hamlet on Monday in a wide ranging interview that the purchase price for the land is 7.5 million euros, but indicated the Civil Aviation authority had pointed out the full scope of the land previewed by the Collectivité, as needed for the extension, might possibly not be needed and therefore it could be costing less than 7.5 million, but not by much.

“We also had to know exactly the parameters of the security zone on both sides of the strip, in front and behind, which is not in the parcel purchased for the extension. The limits of that security zone had not been defined by the Civil Aviation Authority and that’s what kept us going back and forth. But in December the exact area of the security zone was finalised and any obstacles in the area for the strip identified. So now we have all the elements regarding the secure area to know whether we have to purchase more land or less land. It seems we have to purchase a little less.”

Arnell said the family accepted that a first payment of 4 million euros be paid in 2016 and the balance in 2017.

“I am also doing my best to secure a piece of land for Rex Allen’s kids to build on as that was one of his concerns and to help relocate some of his activities. The question of the house also has to be dealt with later. By the time the extension is constructed and ready for use we will have ample time to know what to do with the house. The house is additional to the 7.5 million for the land. It has to be valued and compensated for.”

On December 20, 2016, the Executive Council approved the acquisition of the parcel of land AT 592 with an area of 82,447 square metres for the runway extension.