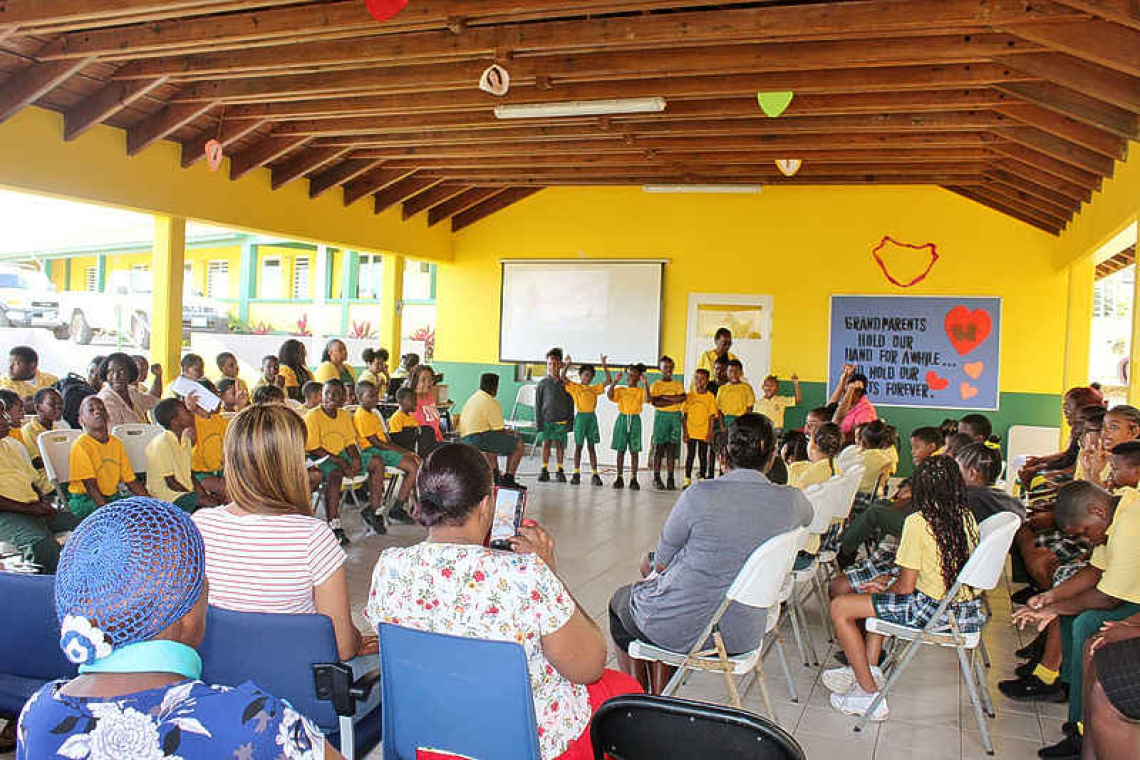 ST. EUSTATIUS–Lynch Plantation Seventh-Day Adventist (SDA) primary school held a Grandparents Day in celebration of all the contributions grandparents have made to the world.

Tuesday’s programme at the school premises featured song service, prayers, scripture readings, a specially composed song, poems and a special event called “What My Grandparents Mean to Me”, which was recited by different representatives from each class.

“Grandparents love to give gifts, to show love and to do things for the community,” Principal LaVerne David-Duggins said to the school assembly. She remembered visiting her grandmother, who loved to cook, but what she remembered most was that she and her siblings would visit her grandmother every Friday at sunset to sundown worship, and while there, her grandmother would tell them stories.

SDA school children displaying an art project they made in honour of their grandparents.

Even though her grandmother would tell the same stories every time, “we would still laugh and enjoy the stories and that is where I learned to love to worship on Fridays.”

Grandparents teach us many things, such as how to treat the community, how to love others and how to give gifts, David-Duggins said.

Grandparents Day allowed the children to share some memories with their grandparents. They were all taken to the respective class of their grandchild, where they engaged in different activities.

She said that she knew several single mothers whose parents had helped raising their children. “The children never felt they had missed out on love.”

Seaton said there is a difference between being a grandparent now and some time ago. “In the past, you would listen to your grandparents, but children today are very bold and they tell you what comes to their mind.”