Home Local News Great interest in PwC’s Seminar “The tax world is changing, and so... 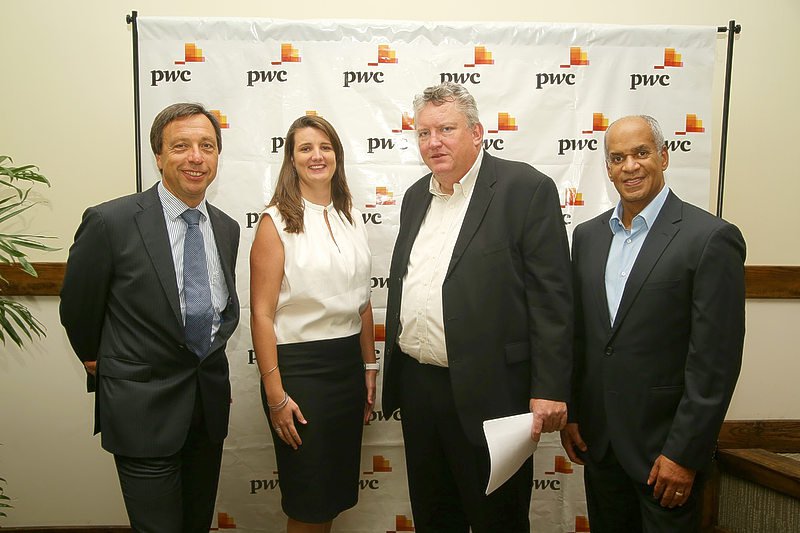 Philipsburg, Tuesday 26 April 2016 – On Friday 22 April, PwC Dutch Caribbean organised a seminar titled “The tax world is changing, and so is St. Maarten”. The event was well attended by a large group of participants working in the private as well as in the public sector.

The Prime Minister of St. Maarten, Mr. William Marlin opened the seminar, followed by PwC’s tax experts from the Netherlands, Aruba, Curaçao and St. Maarten. The speakers discussed the latest developments – globally as well as regionally- in the tax world and how these developments affect the way of doing business in St. Maarten. The Prime Minister indicated in his opening speech how significant tax laws and regulations are. He mentioned the importance of remaining up to date on of the developments in the tax world for the private- as well as the public sector in St. Maarten and applauded PwC for this initiative.

“The last few years changes in local and international tax law are applied consecutively and at a faster pace. For example the new bilateral tax agreement between the Netherlands and St. Maarten, the US-FATCA legislation and the Base Erosion and Profit Shifting (BEPS) report issued by the Organisation for Economic Cooperation and Development (OECD). In addition, the demand for tax transparency is becoming increasingly important and the public opinion about tax avoidance nowadays has a major impact on an organisation’s reputation. In line with our globalizing economy, these changes also have an impact on our way of doing business in St. Maarten. These developments strengthened the idea to organise an event where we could share information and deliberate on these topics”, says Paul van Vliet, Director in charge of PwC St. Maarten.

One of the key speakers at the seminar was Prof. dr. Roland Brandsma, Partner at PwC Netherlands. Brandsma is heading the Task Force Special Affairs at PwC Tax in the Netherlands and is a member of the Opinion Committee of PwC Tax. Furthermore he is Professor Tax Law, Tax Economics and Taxation of Cross-Border Operating Companies at several Universities in the Netherlands. At the event Brandsma discussed the new Bilateral Agreement between St. Maarten and the Netherlands, which came into force on 1 March 2016. In his presentation he shared some examples on how this new agreement will work in practice. Additionally he discussed financing through so-called intercompany loans which are not concluded under arm’s length conditions. Brandsma concluded that businesses should be aware that loans between affiliated companies in the Dutch Caribbean will draw attention of the tax authorities. As is the case in the Netherlands.

Steve Vanenburg, Partner at PwC Dutch Caribbean and responsible for PwC’s tax practice within the Dutch Caribbean, reflected on Action 6, the abuse of tax treaties, mentioned in the Base Erosion and Profit Shifting Report (BEPS) of the OECD, and the potential impact of the requirements for companies. Vanenburg indicated that implementation of the BEPS package will result in better alignment between the place where taxable profit is reported with the place where economic activities occur and where value is created.

Subsequently, Ms. Nicole Duyvelshoff, Manager at the Aruba office of PwC provided a brief introduction on the new court procedure that will come into effect in St. Maarten by the end of this month. She shared some experiences that Aruba has with this procedure since it entered into force in January 2015. According to Duyvelshoff, taxpayers should actively monitor and manage their objections submitted. If not, they might risk losing their rights to appeal or further appeal in the Court of First Instance at a later time.

The seminar was concluded by Paul van Vliet, Director Tax at PwC and in charge of the St. Maarten office. With his presentation “Doing tax smart business in St. Maarten”, Van Vliet compared the differences within tax laws and regulations in the Dutch Caribbean. He determined that other jurisdictions in the Kingdom are becoming more attractive for setting up businesses, while St. Maarten is becoming less competitive due to the level of its Corporate Income Tax rate.

With regard to Personal Income Tax, the tax expense in St. Maarten is the highest of the former Netherlands Antilles islands. On the other hand the total employer’s expenses for Social Security is relatively low, but according to Van Vliet, premiums may have to be increased to cover deficits. As a final conclusion Van Vliet indicated that by smart (re)structuring or redesign of businesses the overall group tax expense can be reduced.

Source: Daily Herald
Great interest in PwC’s Seminar “The tax world is changing, and so is St. Maarten”.