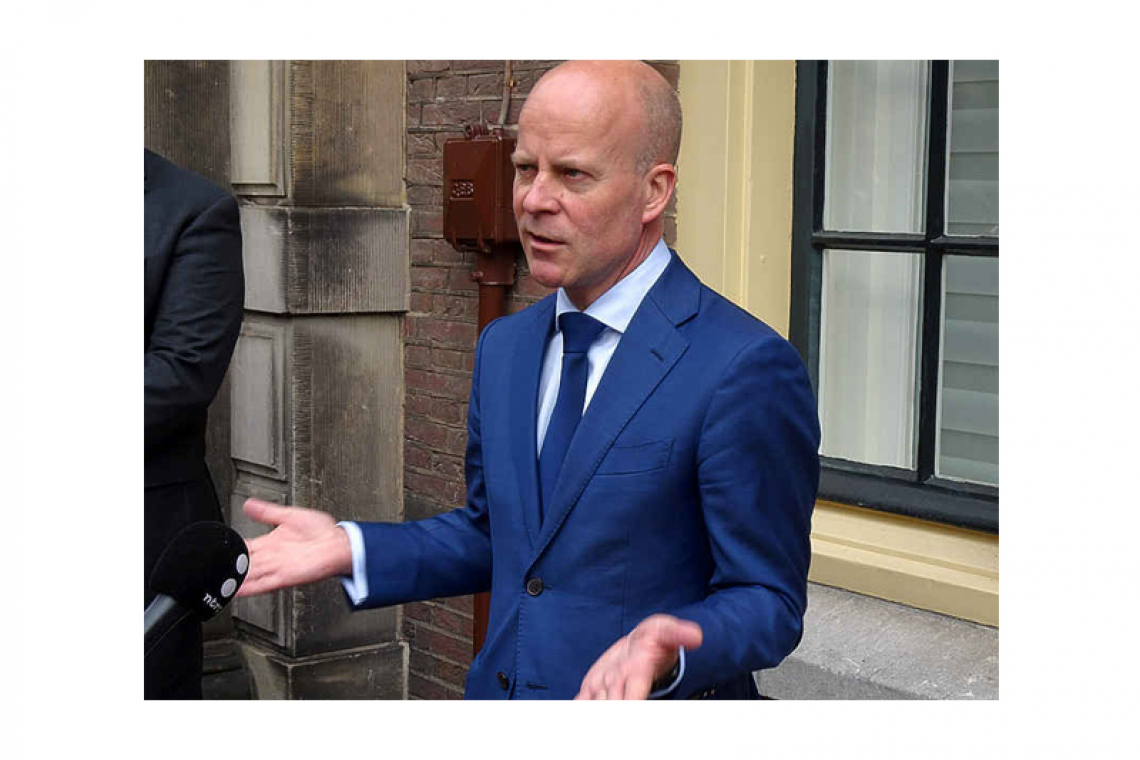 THE HAGUE–The Kingdom Council of Ministers has decided that St. Maarten will receive NAf. 39 million as the fifth tranche liquidity support right after the local government has signed the first execution agenda to implement the country package.

Dutch caretaker State Secretary of Home Affairs and Kingdom Relations Raymond Knops stated in a letter that he sent to the Second Chamber of the Dutch Parliament on Wednesday that the signing of the execution agenda for the second quarter was expected shortly.

St. Maarten’s liquidity support was on the agenda of the Kingdom Council of Ministers last Friday, in particular the reconfirmation of the St. Maarten Parliament that it will continue to support the country package and the law trajectory to establish the Caribbean Entity for Reform and development COHO.

“Now that both the St. Maarten government and the Parliament have reconfirmed their support, the Kingdom Council of Ministers was able to decide on the liquidity support for the second quarter 2021,” Knops stated.

The Committee for Financial Supervision CFT calculated St. Maarten’s liquidity needs for the second quarter at NAf. 39 million. Based on this advice, the Kingdom government decided to provide the fifth tranche liquidity support for an amount of NAf. 39 when St. Maarten has signed the execution agenda.

Prior formal authorisation of the Dutch Parliament will not be sought before payment to St. Maarten in the second quarter of 2021 due to the urgent need for financial support. The budgetary consequences of this fifth tranche will be presented to the Second Chamber in an incidental suppletory budget law for formal approval afterwards.

In his letter, Knops explained that on April 16, he received a letter from Chairman of the St. Maarten Parliament Rolando Brison in which he again expressed the continued support for the country package and the COHO trajectory.

Brison’s letter also addressed the petition that was submitted to the United Nations’ (UN) Special Rapporteur Racism and the UN Working Group of Experts on people of African Descent. The Kingdom Council of Ministers had asked for this clarification on March 26, and had halted the liquidity support pending St. Maarten’s reconfirmation of support.

According to knops, Brison noted in his letter that the petition requested nine so-called remedies and that none of these remedies impacted the trajectory to establish the COHO. “Even though the petition is hardly compatible with an earlier agreement with regard to the country package and the establishing of the COHO, the Kingdom Council of Ministers deems the support confirmation sufficiently clear to continue the trajectory for liquidity support,” he stated.

Knops said especially the following line was decisive: “…as I affirm in this letter, the Parliament of St. Maarten supports the legal trajectory towards the establishment of a reform entity as agreed upon by the Prime Minister and the Government of the Netherlands on December 22, 2020.”

The national ordinances to effectuate cost-saving measures were published on March 18 and 19. Also, the investigation of the financial sector and the system of supervision of this sector by the International Monetary Fund (IMF) has been concluded. Recommendations from this investigation have been included in the execution agenda.

The latter for example goes for the measure to modernise St. Maarten’s Tax Office. It was concluded in talks between St. Maarten and the Netherlands that several investigations in this area already took place and that a new, general review was not necessary. It was deemed sufficient to have smaller investigations and/or assessments of certain subjects. Therefore, a new deadline was set.

As for the corporate governance of the Princess Juliana International Airport, the Council of Ministers has taken a “workable decision,” which means that the set conditions were met. “There is a way forward for this measure for which subsequent steps have been taken in the first execution agenda,” the state secretary wrote.

There is one condition that St. Maarten did not meet as yet, but which is expected to be complied with shortly, and that has to do with the national ordinance to facilitate the issuing of work and residence permits of foreign hired assistance for the National Recovery Programme Bureau (NRPB) within a month. This measure is to promote the process of reconstruction through the Trust Fund.