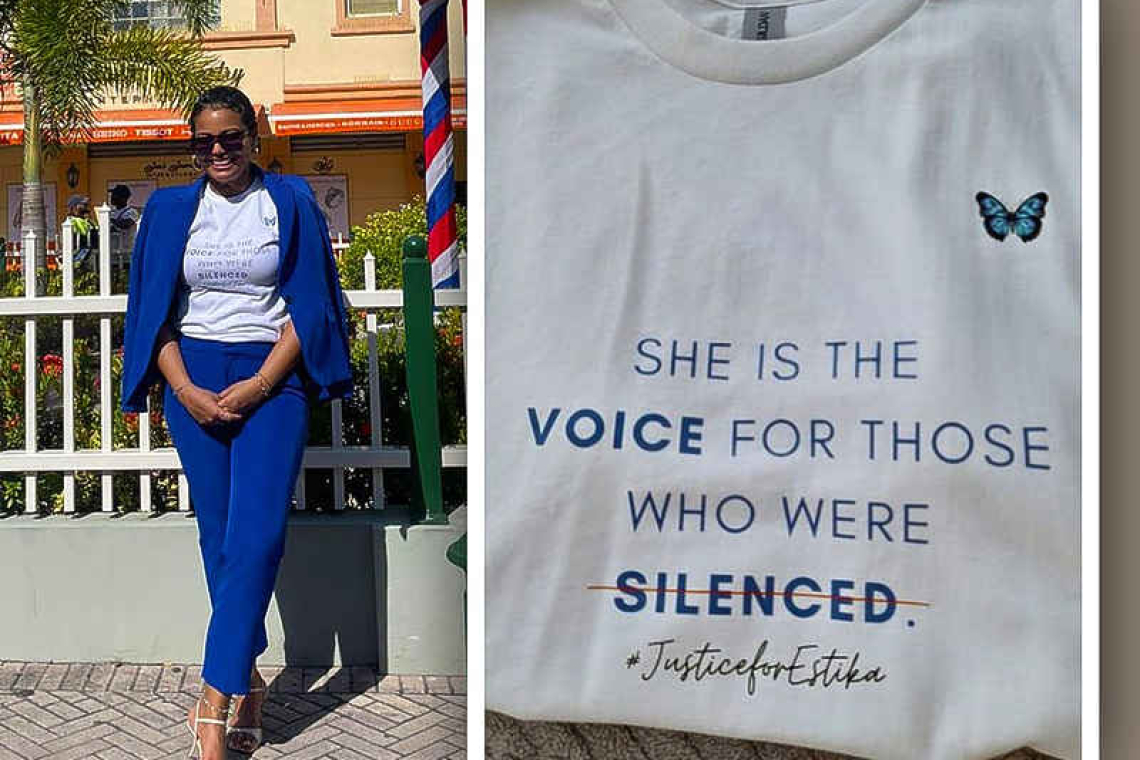 Estika Halley and her T-shirt that can be purchased.

PHILIPSBURG–Independent Member of Parliament (MP) Grisha Heyliger-Marten has lauded domestic violence survivor Estika Halley for her “incredible fortitude and bravery she has shown after surviving the vicious attack on her life.”

Halley suffered many stab wounds and had her neck cut earlier this year. “Estika is a stunning example for all women, demonstrating that no force is stronger than a woman who is determined to survive. As she led a march to the Courthouse for the hearing, her bravery was evident. Estika deserves special recognition for her bravery and strength as we recognise International Day for the Elimination of Violence Against Women, [Thursday, November 24, – Ed.],” Heyliger-Marten said in a press statement on Thursday.

“I urge everyone to support Estika by purchasing one of these powerful tees, adorned with a powerful message: “She is the voice for those who were silenced,” Heyliger-Marten concluded.