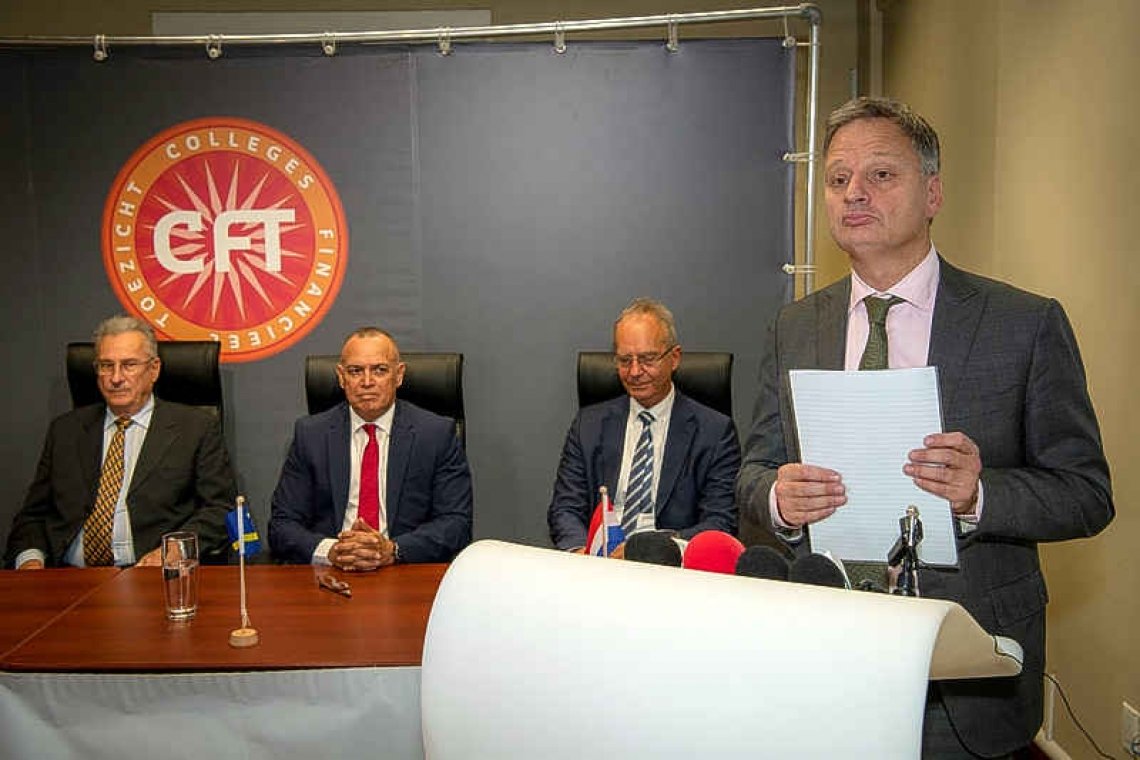 THE HAGUE–The Committee for Financial Supervision CFT is highly concerned about the lack of progress on the part of the St. Maarten government with regard to improving financial management and catching up on the backlog of the annual accounts.

The CFT expressed its concerns in a letter to St. Maarten Finance Minister Ardwell Irion dated September 2, which was published on the CFT website this week. The letter concerned a reaction to the second execution report 2020.

According to the CFT, the second execution report that Irion submitted on August 20, almost a week after the August 14 deadline, showed no progress in improving the financial management and drafting, approving and making official the annual accounts. The CFT wants to hear from the minister how he plans to take measures.

The CFT has already pointed out several times that it is important to get rid of the backlog of annual accounts which dates back to 2013. St. Maarten has an extensive and increasingly bigger backlog in the process of drafting, submitting, approving and formalising the annual accounts.

The CFT concluded that the planned delivery of the 2017 and 2018 annual accounts keeps being moved forward. The CFT was promised in 2019 that the 2017 and 2018 annual accounts would be approved by the Council of Ministers in the first quarter of 2020. This promise was then delayed to July 2020, and now it appears that this will become September 2020.

It was noted that there has been almost no progress in financial management and that St. Maarten is not succeeding in taking the necessary steps. In order to accomplish an approved auditors’ report for the year 2021, urgent steps need to be taken.

State Secretary of Home Affairs and Kingdom Relations Raymond Knops referred to the CFT letter and the warnings about the defaulting financial management and the increasing backlog in the handling of annual accounts during a debate in the Second Chamber of the Dutch Parliament on Wednesday.

The CFT further pointed out in its letter that the second execution report did not mention the risks of the government-owned companies. The COVID-19 crisis will undoubtedly have a large financial impact on these companies, and their results and liquidity development can have potential risks for public finances. It is important that country St. Maarten continuously has a view of the financial positions and outlooks of the government-owned companies.

The second execution report showed a NAf. 87.1 million deficit. This is lower than the NAf. 116.1 million that was originally budgeted. The lower deficit was mainly due to higher tax revenues and lower health care costs for civil servants and social welfare recipients. The payment arrears compared to March 2020 have been reduced by NAf. 5.6 million to NAf. 111.5 million.