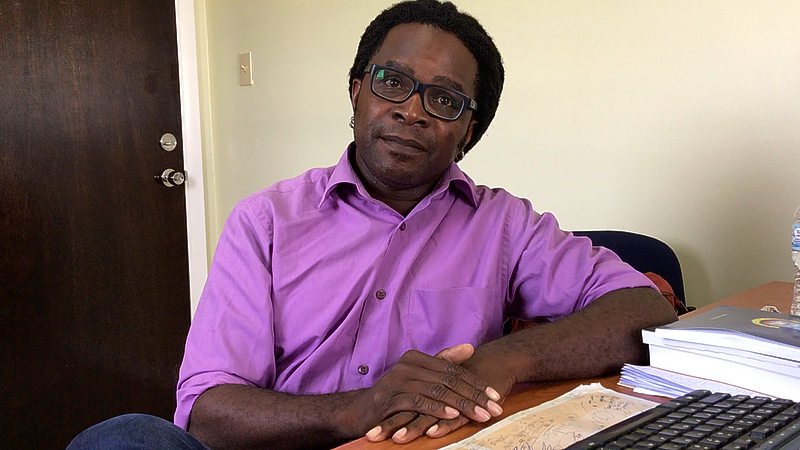 Guadeloupe had issued a firm statement recently indicating that if government does not increase the institution’s subsidy, USM would be forced to close its doors at the end of this month. The closure is still on track as there has not been any indication that the subsidy will be increased as had been requested.
“Two weeks ago I told you if (there is) no resolution by government, I would take personal responsibility,” Guadeloupe told students in a meeting on Friday evening. Guadeloupe and other USM officials had held a similar separate meeting with faculty and staff earlier in the afternoon. “I delivered my letter of resignation to the board of USM. That does not mean that I will not be there. I have [given – Ed.] two months’ notice and I will be here for the transition.”
He urged students to take a stand for a solution for structural aid for USM to ensure that they and their siblings can have a chance to pursue tertiary studies in St. Maarten. He said also that the law for tertiary education was tied to a particular deadline and that deadline has since passed. “You have to stick to your guns and stick to your principles and I stuck to my principles,” Guadeloupe said. The announcement of his resignation was greeted with expressions of shock amongst students who were in attendance.
During the meeting Guadeloupe as well as other USM officials also apprised students about the options that were being pursued for them to continue their studies in the absence of a local university. One of those options is for them to continue their studies primarily online via University of the Virgin Islands (UVI). He said USM had explored the possibility of University of The Hague taking over USM, but these efforts were futile.
“They were willing to come here, but because of the non-decision of a rescue budget [by the Government of St. Maarten – Ed.) they cannot make any move to come to St. Maarten to take over this institution and deal with students, so our options for Dutch institutions is blocked because of something that we cannot control,” he told students. “There has been no contact between the [St. Maarten – Ed.] government and the Ministry of Education in the Netherlands.”
He said the USM Board had sent a letter to the Dutch Representation in Philipsburg requesting aid, but received a response indicating that nothing can happen until there is an agreement between the St. Maarten and Dutch Governments. “So the only thing [we were left to – Ed.] look at were regional partners and the one that said yes is the University of the Virgin Islands.”
He said partnering with institutions in other Dutch Caribbean islands such as Aruba would have been a challenge as their language of instruction is Dutch and St. Maarten students have challenges in this language.