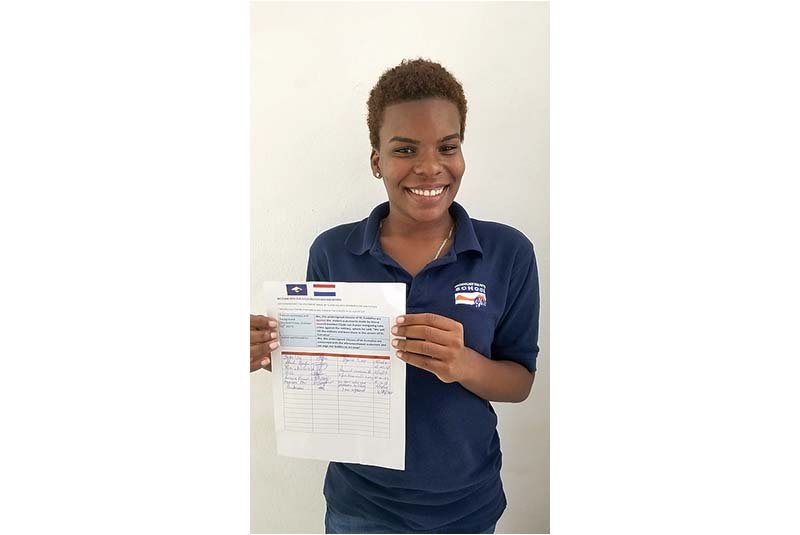 In his statements, made during a congress in Curaçao, Van Putten threatened to “kill and burn” Dutch militaries if they come to his island.

The petition, which will be presented to Acting Island Governor Julian Woodley, is also meant to support the Dutch military, Brown explained.

“As citizens of St. Eustatius, the undersigned strongly condemn and distance ourselves from the statements made by the leader of the Progressive Labour party Mr. Clyde van Putten. With his statement he proves not to be an example for our community. His violent statements and enticing of violence is negatively portraying Statia and its people, who are a law-abiding and peaceful people,” Brown says in introducing the online petition, which can be signed until October 31 at https://www.ipetitions.com/petition/we-stand-with-our-dutch-military-men-and-women.

The petition, which on Brown’s behalf will be presented by Woodley to the Royal Dutch Navy and the Dutch Government, states that the citizens of Statia signing the petition are against the violent statements made by Van Putten instigating hate crime against the military. “We, the undersigned citizens of St. Eustatius are concerned with the aforementioned statement and we urge our leaders to act now,” it is stated in the petition.

“As a youth of Statia I do not agree with the statement made by Mr. Clyde van Putten. I believe the majority of Statians do not agree and do not support Clyde’s statement; and as a youth who should look towards our leaders I expect them to represent my island in a positive and respectful manner, especially if they’re speaking to the world on our behalf. I also expect and want them to lead by example,” Brown said.

“This petition was started for the world to know that we love our Dutch military men and women and we appreciate what they have done for us in the past and present, and for what they will do for us in the future,” the student said in stressing that she has no political motivation in launching the petition.

“What do I want to achieve? Statians are very outspoken people, but violence should not be a means to any end. I want the people and friends of Statia to sign the petition. I also want the world to know that Statians are not a violent people. We support our Dutch military men and women,” Brown said.

She opened her signature drive on Friday. By Monday afternoon Brown had already collected 170 signatures.

People willing to sign the petition can contact Lenaria Brown on Facebook, or send her an e-mail at lenariabrown@outlook.com. Hard copies of the petition are also available from Brown, Jeta Pas, Maaike Patrick and Yissell Santos.