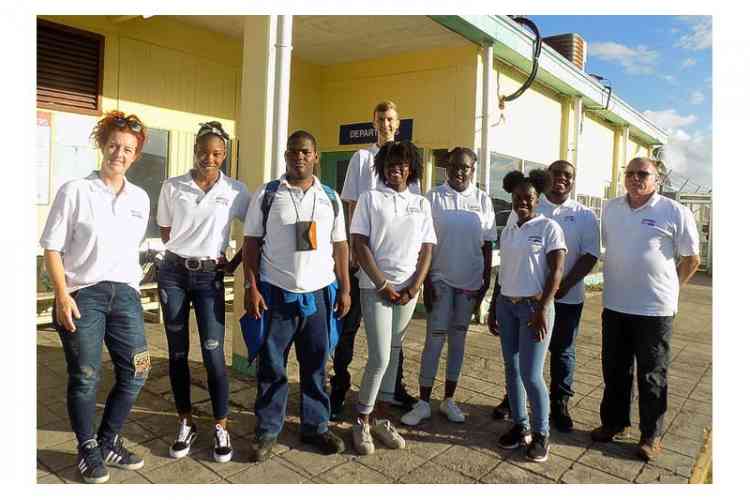 EUSTATIUS–Seven students from the Havo-5 class of Gwendoline van Putten (GvP) School travelled to St. Maarten on Tuesday morning to attend a Study and Career Fair.

Travelling along with the students were teachers Cher van der Lugt and Jan Meijer. School principal Rosalie Edelstein-Lopes was on hand at F.D. Roosevelt Airport to see the students and their escorts off.

Teacher Van der Lugt said the students attended the Fair to gain more insight about their future. The students obtained information about schools in the region that visited the Fair, such as University of West Indies. Some schools from the Netherlands were also present, as well as schools from Aruba, Curaçao and elsewhere. Businesses were also present at the Fair to inform the public about their professions.

The trip to St. Maarten is a collaboration between GvP school and Government Service Caribbean Netherlands’ Department of Education, Culture and Science RCN/OCW. The Department provided the school with an additional budget to travel to the Fair with some of its students. This is the first trip undertaken because of the funds provided by RCN/OCW.