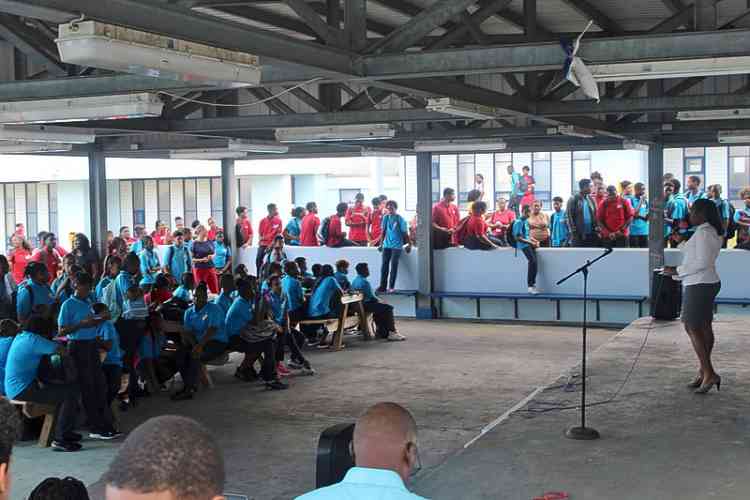 Under the theme “New Year – New Opportunities” the school opened with 200 students, among them 52 newcomers. They were all welcomed by Principal Rosalie Edelstein-Lopes.

During the assembly all students were provided with information on how to approach school and school life to achieve results. Examples of good choices were given, such as being on time, having good conduct, no cell phone use at the school, no substance abuse and many other helpful activities that provide a successful school lifestyle.

The students were encouraged to do their best and to follow the school rules, as consequences would follow if they step out of line.

All the new and returning teachers and staff were introduced for students. Also on hand were representatives of the Expertise Centre Education Care and Centre for Youth and Family, as well as compulsory education officer Nadjesca Henriquez.

The student council was introduced at the assembly and department head and Spanish teacher Vanessa Bennett said a few words. Rueben Merkman will be the mentor of the new students, who will be instructed under the Caribbean Certificate of Secondary Level Competence programme.

There were various performances by students.

The closing words were provided by Alex Lindo, while students Tayanna Spanner and Juvelle Maduro performed “Fight Song” to close out the event.