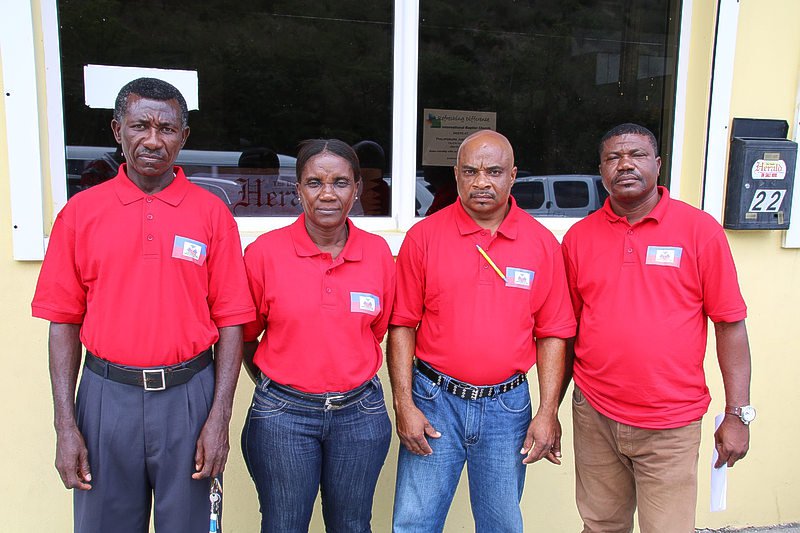 CAY BAY–United Haitian Foundation is calling on Government to assist ten families who lost their homes on Aaron Jacob’s Drive during the unexpected fire close to 9:30pm Thursday. A total of five large wooden apartment structures were burned down.

“When we heard the news about the fire on Thursday night, we went to the site and assisted the people. All of them lost their belongings in the fire and had to stay with friends for the night. We headed back to Cay Bay this morning and nobody from Government came to check on the victims. They all pay tax and they are people, they need all the help they can get,” said Foundation President Lamicia Celicus on Friday.
“We brought some of the people to the Red Cross and they received six bottles of water and some clothing, but this is not enough. These people need Government assistance as soon as possible. We do not want them to end up on the street. They have no place to go.”
Former Member of Parliament Louie Laveist visited the site earlier on Friday and promised to assist the victims in any way possible.
Fire-fighters had difficulty at first to get to the fire and had to walk up to take on the fire head-on. According to police spokesman Chief Inspector Ricardo Henson, no injuries were reported and the source of the fire is still unknown.
The Foundation spoke on behalf of the fire victims who are in dire need of a place to stay and the organisation will continue to assist how it can until Government steps in.