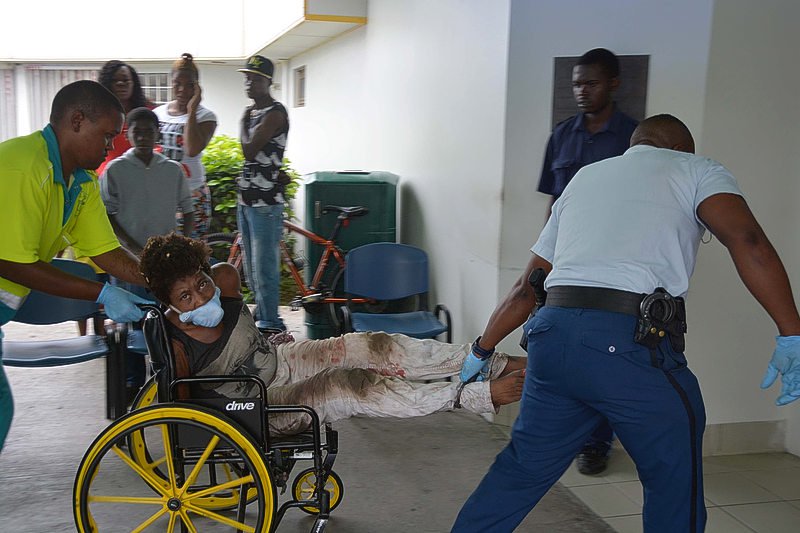 COLE BAY–A woman believed to be a drug addict managed to drive away with a police car while handcuffed on Saturday.

The police were directed to Burger King on Union Road where employees informed police that a woman was using drugs in the restaurant’s restroom. Police officers arrived at 3:50pm and arrested the woman on the spot. The officers said the woman had resisted arrest. According to reports, “The patrol managed to place the suspect in handcuffs and put her in the rear of the police vehicle.”

Officers returned inside to speak to the employees of the business when they saw that their vehicle was being driven away. The police report to the media stated that one officer had remained close to the vehicle while the other returned to the restaurant to speak to the manager, but on-the-scene interviews by The Daily Herald placed both officers inside, leaving the suspect alone in the vehicle.

The handcuffed suspect managed to force herself through a small sliding glass window between the front and rear seats of the vehicle. She drove off with the vehicle toward Ace Mega Centre, Cole Bay. Officers ran after the vehicle and attempted to smash its window with their batons, but the woman continued driving.

The suspect managed to hit three vehicles while fleeing from police. One officer drew his weapon and shot at the window of the police car. The shot shattered the glass on the driver’s-side door, causing the suspect to suffer bruises to her shoulder.

The woman continued and drove into the yard of a house on Celsius Road. The suspect was re-arrested, treated on the scene by paramedics and taken to St. Maarten Medical Center for further treatment.

Police Chief Carl John and several high-ranking police officials were spotted on the scene moments after the incident took place.

This incident resulted in major traffic on Union Road.