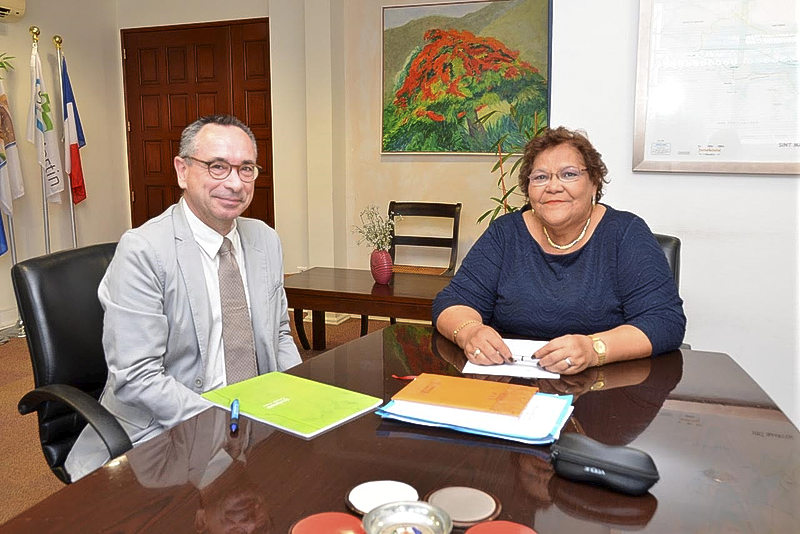 MARIGOT–President Aline Hanson had her first working meeting with the Préfecture’s new Secretary-General and Sous-Préfet, Thierry Mahler, on Tuesday.

This first meeting allowed the President to give the Secretary-General a complete overview of the Collectivité’s important projects and other subjects close to her heart.

One of these is the necessity to release resources to give some 1,500 young people of ages 15-24 who have no training or employment, a “second chance” opportunity.

Also discussed was the involvement of the Collectivité and the State regarding measures voted in the Territorial Council pertaining to the budget for financing Revenu Solidarité Active (RSA), and putting into practice the various proposals made by President François Hollande to pay off the debt of Caisse d’Allocations Familiales (CAF).

The President’s cabinet noted St. Martin’s difficulties were already known to Thierry Mahler by virtue of his former occupation as Bureau Chief for Economy, Employment and Training, and the various public policies dealt with under his jurisdiction for Direction Générale of the Overseas Territories.

Hanson indicated Mahler’s experience will be a real asset to the Collectivité and she looked forward to a close working relationship.