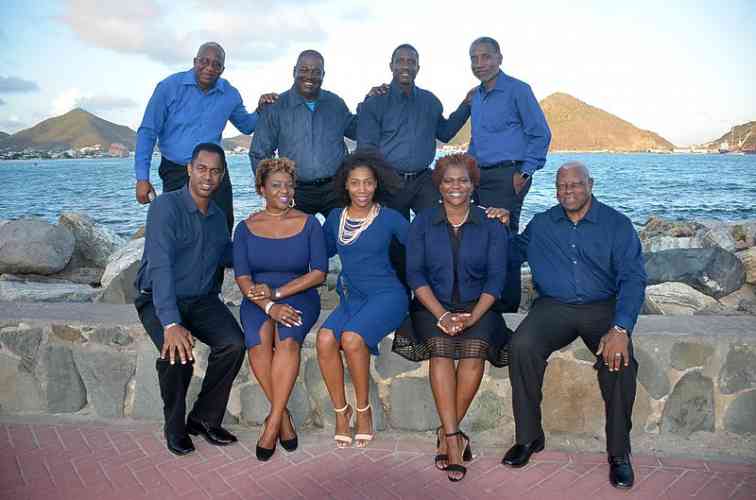 PHILIPSBURG–The Harmonics of the Philipsburg Methodist Church plan to bring the house down along with various guest artistes for their concert called “Praising in Harmony” at Princess Port de Plaisance Pavilion on Saturday, November 3, starting at 7:30pm.

Tickets are being sold for NAf. 36 or US $20 and proceeds will go towards the upgrading of the church’s audio/video system. Tickets are available at Van Dorp, Family Book Store, Adolphus Richardson Office Supplies and the Philipsburg Methodist Church office, and from any Harmonics Band member.

The Harmonics Gospel Band was formed in 1992 with the intention to accompany the Sunday School Choir of the Philipsburg Methodist Church, which started in 1998 after the passing of the superintendent of the Mount William Hill Sunday School.

The band was named The Harmonics because the focus was on the harmony of the music and the singers who always had a special way of blending their voices together. The group always played various genres of music, including gospel, soca, R&B, reggae and instrumentals.

The early beginning of the band was after Reverend Lloyd Brissett placed an order for new instruments so that the band could have its own instruments. The band previously used various instruments and sound equipment from the individual members of the Harmonics.

Most members of The Harmonics are members of the Philipsburg Methodist Church in St. Maarten. The band while accompanying the Methodist Sunday School Choir used Teddy Philips to assist with the practice sessions together with Jeffrey Richardson who is also the co-founder of the Harmonics along with Raymond Benjamin. Giovanni Radjouki played bass for the band and later on it was decided to add singers such as Rosemary Marsham-Hodge, La-Vaune Henry, Romelia Marlin and Patricia Buntin, who became the band’s first singers.

The main purpose of the Harmonics Band back then was to minister on the third Sunday of the month, which was Youth Sunday. The band was then a young-adults band because all the band members were under age 30. The band now plays at other events in addition to Youth Sunday in the Philipsburg Methodist Church.

The Harmonics have travelled to other islands such as St. Eustatius, Aruba, Tortola and Curaçao where an impact was made by their singing ministry. The group has been chosen to accompany the singers of many secondary school competitions. Concerts were held almost every year since the inception of the band and some of those concerts were done together with the Methodist Sunday School Choir.

The Harmonics had the great privilege to play on the same stage with world-renowned Grammy-award-winning gospel singer Cece Winans of the United States.

The Harmonics plan to take their music to another level especially when it comes to “Praise and Worship” songs that are played at the various church services. The aim of The Harmonics is to minister to people in song with the intention that their music would win souls to Christ. Businesses or persons that are willing to assist The Harmonics can do so by calling +1-721-520-7384.