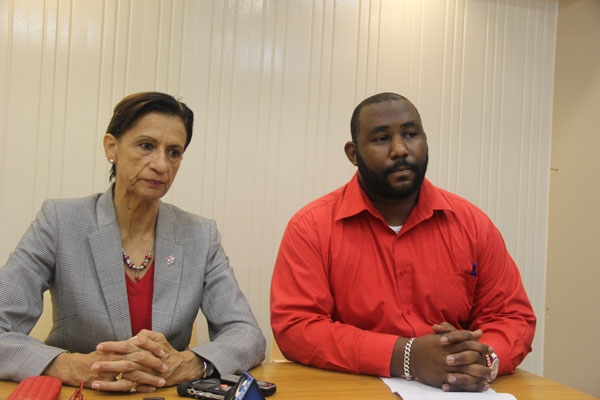 PHILIPSBURG–Hasani Ellis on Wednesday, January 25, took the oath of office as the new Deputy Minister Plenipotentiary.

Governor Eugene Holiday administered the oath of office during a brief ceremony at his cabinet.   Holiday congratulated the new deputy minister plenipotentiary on his appointment and wished him “strength and wisdom” in the performances of his duties representing St. Maarten in the Netherlands.   Ellis is the former president of the board of the Democratic Party (DP).