Home Local News Heads of Agreement with Chinese on Isla 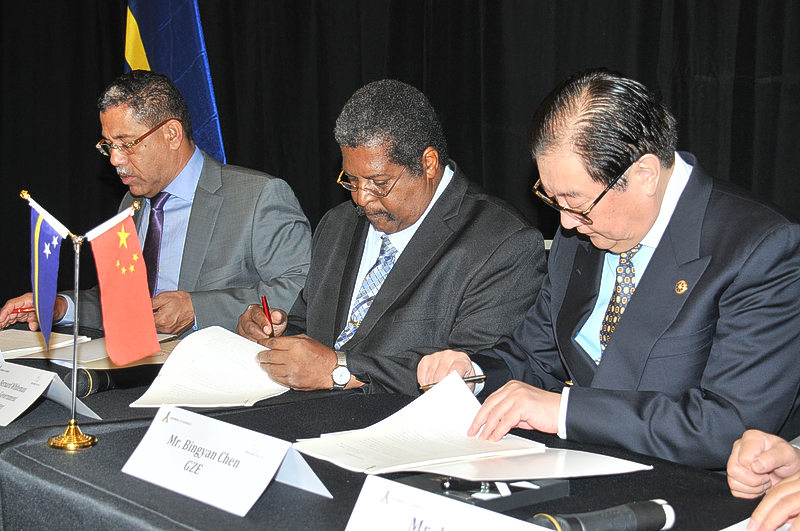 Government already had a Memorandum of Understanding with GZE. CZR is a company that GZE will establish in Curaçao to execute projects to crystallise from final future contracts between the parties.

The objective of this latest agreement is for GZE to invest in the modernization and upgrading of Isla and the Curaçao Refinery Utilities (CRU) power plant located there, for these to comply with the highest environmental norms. As announced earlier, this will be accomplished by introducing the use of natural gas as fuel, which is to reduce the negative impact of emissions by 80 per cent.

The oil terminal at Bullenbaai will also be upgraded. All these investments are to make Isla, CRU and the transhipment terminal more modern and sustainable.

The contract is long term and GZE will pay combined tariffs that consist of fixed and variable portions.