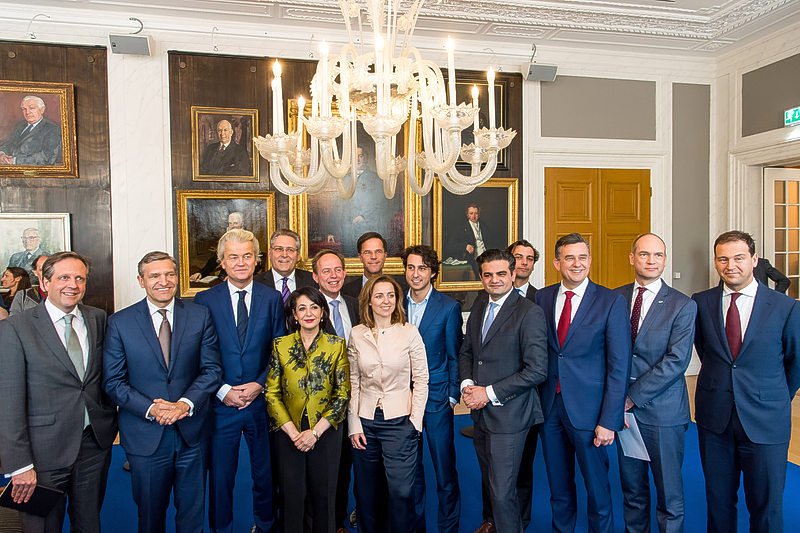 THE HAGUE–The leaders of all 13 parties elected to the Dutch Parliament’s 150-seat Second Chamber met for the first time on Thursday afternoon and asked Minister of Public Health, Welfare and Sport Edith Schippers to start the process of forming a new government.

Schippers has taken on the role of scout (verkenner), who will sound out the parties about the make-up of the next coalition.

According to parliamentary chair Khadija Arib, Schippers aims to have her report completed by next Wednesday so it can be debated by the new Members of Parliament (MPs) on Thursday. Once that has happened, work on creating consensus between parties likely to form the new cabinet can begin.

Experts agree that Mark Rutte’s conservative VVD is likely to link up with the Christian Democrat CDA and centre-democrat D66, but opinion is divided about the fourth coalition partner. Christian Union, with five seats, would help create a coalition with 76 seats in the Second Chamber, which may be considered too vulnerable.

Green-left GroenLinks, which won 10 seats and is now on 14, is also an option, although their inclusion is likely to be more problematic, experts say.

Rutte, who seems set to be leading his third cabinet, told VVD party workers on Thursday he is proud of the result. But “it also brings with it great obligations,” Rutte said, before referring to the party’s eight-seat loss.

As the dust settles on Wednesday’s election results, Labour party PvdA started asking why its support collapsed so dramatically. PvdA, a partner in the outgoing coalition, polled 38 seats in 2012 but now has just nine MPs. Several senior party members have already suggested that the party should consider dissolving itself.

Party chairman Hans Spekman, who has already said he sees no reason to resign, will face a no-confidence vote at a party meeting on Saturday.

Among PvdA members who will not be returning to Parliament are Minister of Foreign Trade and Development Cooperation Lilianne Ploumen, who launched the “She Decides” movement in response to US President Donald Trump’s withdrawal of support for abortion initiatives. Ahmed Marcouch, an outspoken PvdA MP from Amsterdam, who was in 14th place on the party list, is also out of a job.

Turnout on Election Day was around 80 per cent, up from 74 per cent in 2012. The lowest turnout was in Heerlen, where 72 per cent of people voted. Turnout topped 130 per cent on the Wadden Sea island of Schiermonnikoog, where many holidaymakers also cast their votes.

Another noteworthy result was booked on the former island of Urk, where the fundamentalist Protestant SGP party won 56 per cent of the vote. The official results will be published Tuesday, when it will also become clear if any candidate MPs have received enough preferential votes to make it into the Second Chamber at the expense of their colleagues.

Although the new MPs will take their seats next week, the current Ministers will remain in office in a caretaker role until a new coalition has been established.

With more than 99 per cent of the municipalities reporting completed vote counts, the VVD is by far the largest party with 33 seats, according to ANP’s final prognosis. That represents a further gain of two seats. Party for Freedom PVV is almost certainly in second place with 20 seats, one more than predicted on Wednesday night in a national exit poll, but still representing a 42 per cent loss in support for the anti-Islam nationalist party since January 1.

They are followed by CDA and D66 with 19 each. GreenLeft is expected to take 14 seats, and not 16 as predicted earlier, matching the Socialist Party (SP). SP could just barely edge out GreenLeft in vote total to become the largest left-wing party in the Netherlands. The official results will be announced on March 21 by the Electoral Council.

Almost all the votes have been counted. Only votes by mail, votes in the Dutch Netherlands, embassies and consulates and the votes of a handful of small municipalities are still outstanding.

Among smaller parties are pro-animal party PvdD at five seats, party for seniors 50Plus (4) and newcomers Denk (3) and Forum for Democracy (2). Several political parties, including Artikel 1, Pirate Party, Nieuw Roads and VNL did gather votes, but are not projected to obtain sufficient support to earn a seat. 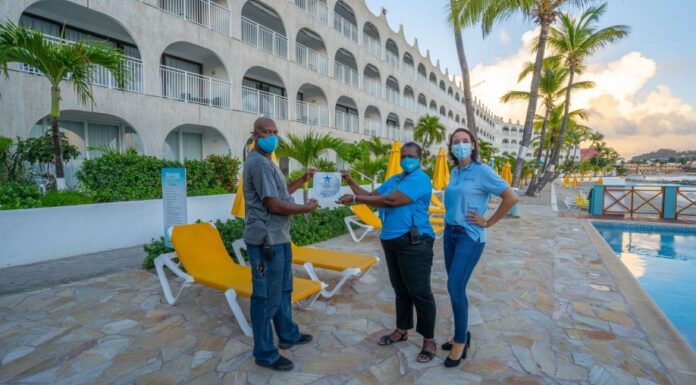 January 19, 2021
0
SINT MAARTEN (PHILIPSBURG) – On Friday December 18th, 2020, Belair Beach Hotel received their Platinum SafeSeal recognition of best practices in protecting its customers against COVID19. The hotel states that they are “proud to be a part of this...
Read more