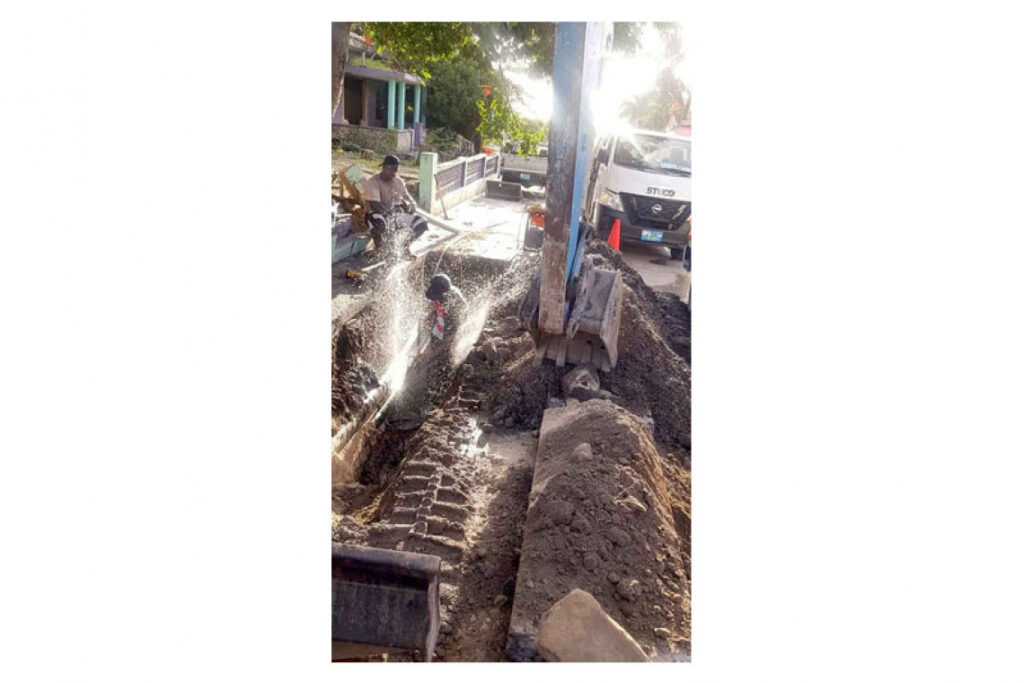 STUCO employees repairing a water leak in the main line on Fort Oranjestraat.

As part of its water-network upgrading, STUCO is in the process of installing new pipes along the water transport line. A contractor was carrying out work on Fort Oranjestraat behind Queen Beatrix Medical Centre (QBMC) and on the Kruisweg, which was closed from Thursday, September 24.

Saturday’s heavy rains washed out all the pipes and undermined the road, resulting in some minor cave-ins. STUCO workers were hard at work trying to repair the damage and fill in the washed-out areas as more rain was forecast to arrive. Mansion Road is passable, but motorists cannot drive their vehicles to Fort Oranjestraat.

STUCO also discovered a leak on the main line on Saturday evening and was forced to shut off the water supply to make repairs. After the repairs were finished the drinking water was turned back on.

Heavy rain caved in the street near the entrance to St. Eustatius Auxiliary Home. 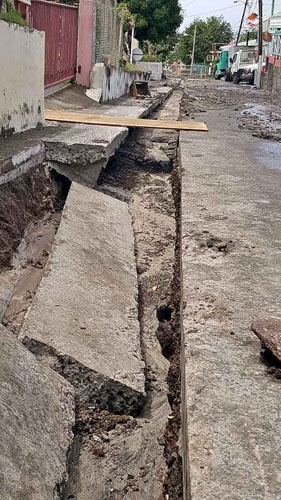 Water will be returned again in the morning from 5:00 to 8:00am, and during the daytime an evaluation will be made with respect to the rationing hours.

An electrical storm passed Statia on Sunday with extremely powerful lightning, thunder and heavy rain. Some residents stated that the thunder was so strong that it shook their homes and the roofs sounded like they would cave in.

The lightning caused some problems, especially to some EUTEL customers who were left without an Internet connection for most of the afternoon. The Fire Department and F.D. Roosevelt Airport were also affected by the Internet outage. EUTEL technicians were out in force making sure their customers’ Internet connections were back up and running.