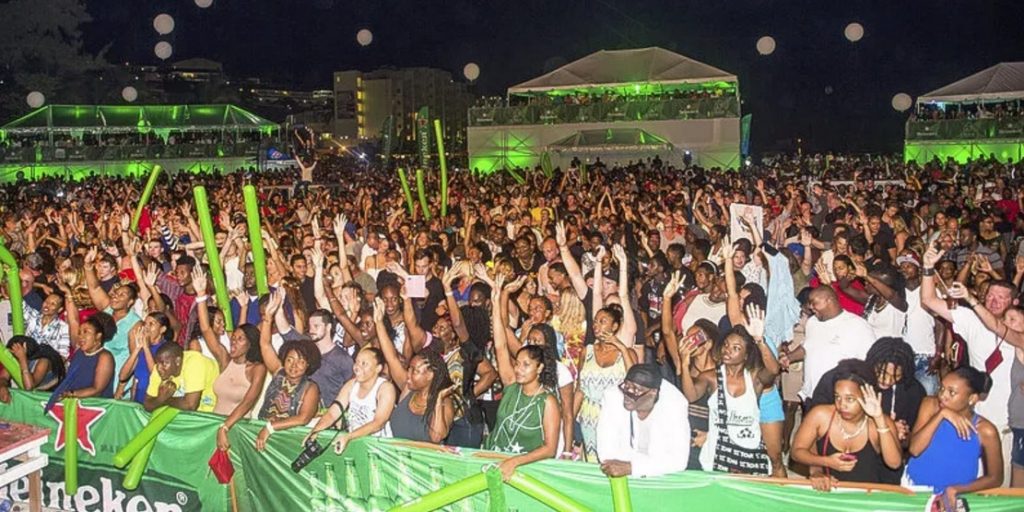 SIMPSON BAY–St. Maarten Heineken Regatta Chairman John Gifford is calling for a more open, honest and responsible collaboration and way of working with Government over the event’s funding and promotion, saying the regatta simply cannot function on “unfilled promises.

He reminded how critical it is to maintain the regatta’s international reputation, given the important role it plays as a substantial contributor to the island’s tourism and marine economies. He warned that further cutbacks and non-payment would only serve to undermine the regatta’s reputation and at worst could cause loyal sponsors to leave.

Regatta organisers were advised late on Friday, February 19, 2016, one week before the 36th St. Maarten Heineken Regatta, that the Government of St. Maarten would not make the long-awaited subsidy payment for last year’s event, and to date there has been no contribution made for the 2016 event held in March.

With the 2017 edition already in sight, Government has made no formal commitments for the upcoming event, despite its being a budgeted item for the past three years.

These unfulfilled promises caused the 2015 and 2016 editions to be partly bailed out financially by sponsors and stripped down to the bare bones, while still attracting thousands of visitors to the island, Gifford reminded. He questioned how long this situation of “dodging bullets” can continue.

Gifford added, “We have been told numerous times by numerous Ministers that there are better days on the horizon with the establishment of a more agile St. Maarten Tourism Authority (STA) that can deliver quickly on promises made, and we certainly support this thinking. And we trust that whatever happens, promises made are promises kept.”

Gifford and St. Maarten Yacht Club Commodore Chris Marshall were expressing concerns about the future of the island’s biggest and most lucrative sporting event and largest warm-water regatta in the world. Their concerns coincided with the end of a two-week advertising campaign in The Daily Herald to create more positive awareness of the event and the benefits it brings to the island.

“The last four or five years have been difficult due to the Government’s financial challenges and the constant changes in Government have caused dramatic inconsistencies in the process and execution of our funding,” Gifford emphasised.

“Unfilled promises are really affecting our long-standing relationships. It’s impossible to manage liability and risk when one of your partners falls short on its promises. Yet we are consistently driving visitors to the island and putting ‘heads in beds’ and filling seats in restaurants … that’s our job. We do it gladly and do it well, and now we are being forced to make some serious decisions.”

Marshall said the actual racing side of the regatta was far more manageable financially compared to the on-shore activities and parties.

“The racing costs a fraction of the costs of the parties,” Gifford said. “We run a very high-calibre international regatta and that’s recognised globally. The invited international judges and race officers don’t get paid anything; we only cover their expenses.”

“And we have over 200 volunteers that make the regatta happen every year,” Marshall added. “Any cuts to the racing side have already been done.”

Neither Gifford nor Marshall wants to see cutbacks made on the on-shore party side, a possible scenario that neither wants to contemplate.

“Sponsors like to get mileage both from the racing and party side. If we don’t make an impressive showing on the party side we could lose sponsors and visitors and that’s when you get into real trouble,” Marshall said. “Then you have to start downsizing the regatta, making it vulnerable to eventually fizzling out.”

There have been examples of this happening to other regattas, the prestigious Rolex Regatta in St. Thomas for one. Rolex pulled out because of dwindling numbers. Other regattas simply faded away.

Despite the problems Gifford said the regatta was continually evolving with new activities and new events.

“We’re not sitting back, whining and complaining and letting the regatta or its marketing efforts stagnate. We are engaging companies and organisations internationally, locally and on the French side and we are planning on running parts of the event over there,” he said. “Cutting the event off without time or warning, and filling the air with unfilled promises and hoping that we survive is irresponsible.

“I’d love to say to Government, ‘We’ve found private corporate sponsorship so you can use your tax dollars for something else.’ We have been working towards that for years, enlarging the event and attracting more visitors without asking for more Government support. This is supposed to be a partnership to promote the island as a destination, and we do expect that promises are kept.”

Marshall pointed out that visitors to the regatta often stay the week before, during and after the event. Many of the boats use St. Maarten as a base to do the whole Caribbean racing circuit. Organisers estimate that more than 5,000 visitors come to the island every year to participate in the racing and the parties.

Gifford agreed: “If we start down-sizing the regatta, we will lose all the spinoff business which is a massive influx of cash: groceries, provisioning, marine services, car rentals, taxis, hotels, etc. If you compare what cruise-ship passengers spend and what stay-over regatta visitors spend, it is single dollars compared to thousands of dollars.”

There is concern also that in the future St. Maarten will start to lose some of its market share if the rapid rate of marine infrastructure on other islands continues. And the health of the St. Maarten Heineken Regatta will help to secure St. Maarten as the marine hub in the Northeastern Caribbean.

Gifford and Marshall both acknowledge the massive role title sponsor Heineken has played since the beginning, describing it as “the best sponsorship relationship in sport.”

“They should be thanked again and again. Without them we wouldn’t even be having this conversation,” said Gifford. “We would have died years ago. We have a long way to go, and we have grand plans on expanding the event and its economic impact on the island, yet we need a professional and reliable approach from Government to deliver the funds that were approved, budgeted and planned for.”

The Daily Herald contacted Minister of Tourism Ingrid Arrindell for a response and she said the Council of Ministers had approved monies for next year’s event. “The Council of Ministers gave their approval for the financing of the event, but it will not be done as in the past by means of a subsidy. This would require them to submit an audited financial statement,” she said.

Similar to the St. Maarten Carnival Development Foundation (SCDF), it was decided to sign a service level agreement (SLA) with the Heineken Regatta instead.

“One of the conditions is that the Regatta foundation should submit a marketing plan outlining how they are going to promote the destination with the approved funds. The organisation was asked to review the SLA and give their feedback,” Arrindell said on Tuesday evening.